INVC,
Delhi,
The Prime Minister, Shri Narendra Modi, today declared the beginning of the end of financial untouchability in India, with the opening of an estimated 1.5 crore bank accounts across the country, in an exercise unprecedented in scale in economic history.
Formally launching the Pradhan Mantri Jan Dhan Yojana (PMJDY) at a function broadcast across the nation from Vigyan Bhawan in New Delhi, the Prime Minister described the occasion as a festival to celebrate the liberation of the poor from a poisonous cycle. (Vish-chakra se gareebon ki aazaadi ka parv)
Expressing satisfaction at a number of records being broken today, the Prime Minister said the nationwide success of the enrolment drive today would give confidence not just to the officials of the Department of Financial Services and banking sectors, but also to officers across the Union Government, that they can successfully achieve the goals that they set for themselves. "Never before would insurance companies have issued 1.5 crore accident insurance policies in a single day. Never before in economic history would 1.5 crore bank accounts have been opened in a single day. Never before has the Government of India organized a programme of such scale – over 77,000 locations – with the participation of so many Chief Ministers, Union Ministers, Government and bank officials." He said the success is an inspiration for achieving new heights.
The Prime Minister said that though the initial target of PMJDY was to open bank accounts for 7.5 crore families in one year, he had exhorted the concerned officials to complete the task before the next Republic Day.
Elaborating the benefits under PMJDY, the Prime Minister said this was not a mere bank account, but had other benefits including an RuPay debit card, Rs 1 lakh accident insurance cover, and an additional Rs. 30,000/- life insurance cover for those opening bank accounts before January 26th, 2015. He said the account performance would be monitored and overdraft facility would be given. The Prime Minister said he had sent 7.25 lakh bank employees, exhorting them to help reach the target of 7.5 crore bank accounts, and bring freedom from financial untouchability.
The Prime Minister referred to the five beneficiary couples who had received account opening kits in today`s event at Vigyan Bhawan, and said the ladies appeared to have dressed for a festival. He said they knew that there could be no bigger festival than the opening of a bank account for empowering women.
The Prime Minister said when banks were nationalized in 1969, it was done with the objective of bringing people into the economic mainstream. But that objective had not been achieved till date. After 68 years of independence, not even 68% of India`s population had access to banking, he added. He said it is easy for the rich to get a loan at low interest rates. But the poor are forced to seek loans from money-lenders at five times the rate charged to the rich. Is it not the responsibility of the banking industry to provide banking access to the poor, the Prime Minister asked.
The Prime Minister illustrated his point through the example of a mother saving money and being forced to hide it somewhere within the house. He said the bank officials who had opened an account for such a mother, had been blessed today.
He said a breakthrough was required to overcome the vicious cycle of poverty and debt, and that breakthrough had been achieved today. He said there were similarities between the poor getting access to mobile telephones, and getting access to debit cards. They both had the effect of instilling confidence and pride among the poor, he added.
The Prime Minister referred to the ancient Sanskrit verse: Sukhasya Moolam Dharma, Dharmasya Moolam Artha, Arthasya Moolam Rajyam – which puts the onus on the state to involve people in economic activity. "This Government has accepted this responsibility," the Prime Minister said.
The Prime Minister said Indians had a habit of saving, and thinking about the future of their children.
The Prime Minister also distributed awards to winners of the Name and Logo contest for this scheme. He observed that those who won prizes were predominantly from non-Hindi speaking states, but had won prizes for coining a name and slogan in Hindi. This is an example of national integration, he said.
Speaking on the occasion, the Finance Minister said PMJDY would be taken forward in Mission Mode, and the first target of reaching 7.5 crore unbanked families would be achieved by January 26th, 2015.
The Minister of State for Finance, Smt. Nirmala Sitharaman, said the lady of the house had been given priority in the PMJDY. She said this scheme would touch the lives of everyone in a positive and constructive way.
Read the full article
Tags: Prime Minister invc Union Minister for Finance Narendra Modi arun jaitley India Nirmala Sitharaman Prime Minister Narendra Modi Nripendra Misra Corporate Affairs and Defence Pradhan Mantri Jan Dhan Yojana PM Narendra Modi launches Pradhan Mantri Jan Dhan Yojana End financial PMJDY Union Minister for Finance Corporate Affairs and Defence Arun Jaitley Minister of State for Commerce & Industry Independent Charge Finance and Corporate Affairs Minister of State for Commerce & Industry Independent Charge Finance and Corporate Affairs Nirmala Sitharaman Principal Secretary of Prime Minister Nripendra Misra Principal Secretary of Prime Minister Governor of Reserve Bank of India Raghuram Rajan Governor of Reserve Bank of India Raghuram Rajan Delhi 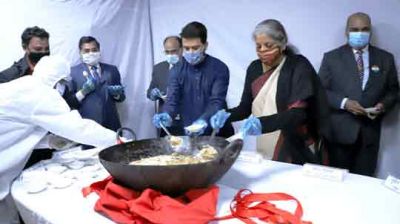 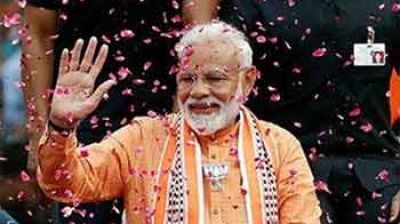