Home Business PM Modi said that the India’s growth is becoming greener with the... 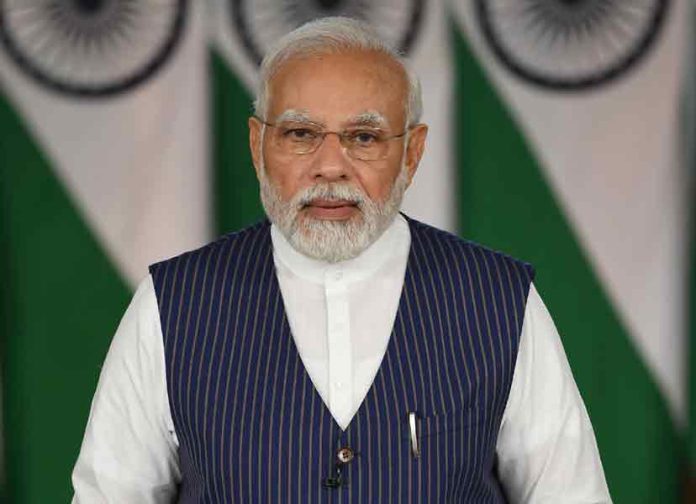 INVC NEWS
New Delhi ,
The Prime Minister, Shri Narendra Modi addressed on the occasion of Bosch India on completing 100 years of its presence in India though a video message.

At the outset, the Prime Minister congratulated Bosch India on completing 100 years of its presence in India and noted the special significance of the event falling in the 75th year of India’s Independence. The occasion also marked inauguration of the Bosch Smart Campus. “This campus will certainly take the lead in developing futuristic products and solutions for India and for the World”, the Prime Minister said. The Prime Minister also recalled his October 2015 visit to the Bosch facility in Bengaluru with Chancellor Merkel.

Calling the present times as an era of technology and underlining the benefits of technology as demonstrated during the time of the pandemic, the Prime Minister said that it is important to invest even further in tech and innovation. Praising the Bosch’s work for innovation and scale, the Prime Minister highlighted the need for sustainability. On this Shri Modi said “India’s growth is becoming greener with the installed capacity of solar energy increasing nearly 20 times in the last 8 years.” The Prime Minister lauded Bosch’s achievement of achieving carbon-neutrality in both India and outside.

The Prime Minister said that today, India is among the fastest growing major economies. Investments have picked in the last two years. “Thanks to our youth, our Start-Up eco-system is among the biggest in the world. In the tech world itself there are so many opportunities”. The Government of India is working to provide high speed internet to every village. “Our vision of a Digital India includes integrating technology with every aspect of Government. I would urge the world to make use of these opportunities and invest in our nation”, he added.

On this important occasion the Prime Minister urged Bosch to think of doing even more in India. “Set goals for the coming 25 years of what your team can do. 100 years ago, Bosch came to India as a German company. But today, it is as much Indian as it is German. It is a great example of German engineering and Indian energy. This partnership will continue to grow stronger”, he concluded.