Home Other Indian State News PM Modi advises UP BJP to reach out to Muslim and Dalit... 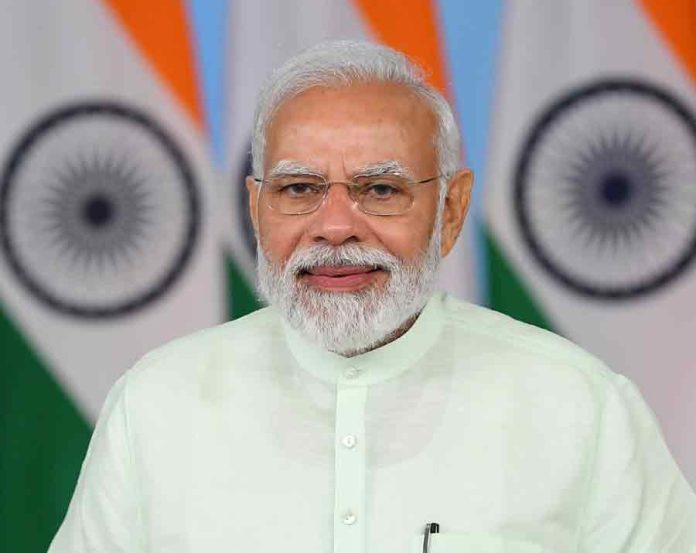 In the National Executive Committee meeting of the Bharatiya Janata Party in Hyderabad, the capital of Telangana, Prime Minister Narendra Modi advised the Uttar Pradesh unit to reach out to the Muslim Dalit community.

The PM has asked to analyze how the Muslim Dalit community, commonly known as the Pasmandas, is affected by the policies of the government, and what is being done to make their lives faster and reach out to them. can be done. PM Modi’s suggestion came during a presentation given by UP BJP chief Swatantra Dev Singh at the party’s national executive committee meeting in Hyderabad.

Swatantra Dev Singh was telling party leaders and office bearers present in the meeting how the saffron party has won Azamgarh, a seat known for its Muslim-Yadav combination. Meanwhile, the Prime Minister intervened, and asked the party leadership to find out other social equations in UP and reach out to Dalit Muslims. The current BJP government led by Chief Minister Yogi Adityanath in Uttar Pradesh has a Muslim minister, Danish Ansari, and belongs to the Pasmanda community.

According to sources, PM Modi said during the meeting that various experiments have been done by every political party in vote bank politics with Dalits, Thakurs and Yadavs, and few years back it could not have been imagined that BJP in Azamgarh. Will win, but it happened. Now we have to experiment more with different social equations and work on them. In the context of eight years of development work for the upliftment of minorities and marginalized sections, we need to see how the development dividend is affecting our beneficiaries.
PM Modi called for scientific analysis of current information and focus on Pasmanda community with more data.

The source quoted Swatantra Dev Singh as saying, “It was a surprise to us that the PM asked the UP BJP unit to work with Dalit Muslims. However, he is right that we should also work among those who have not been electorally with us and find more social equations. went. This is despite the fact that they (Muslims) are the biggest beneficiary section of the central government schemes. “It is a difficult task for BJP leaders to go among them as the atmosphere is not that conducive right now,” the source said. But to open their eyes and lift their lives, it is important to reach out to the community and slowly make inroads.

According to Mohsin Raza, former UP minister and minority face of the party, Pasmanda Muslims are Dalit and OBC Muslims, who make up 75 to 80 per cent of the Muslim community. Syeds, Sheikhs, Pathans are upper caste Muslims while Alvi and Saini, tailors, carpenters and weavers are Pasmanda Muslims. Raza said, “We are trying to tell the Pasmanda community that the BJP is committed to the upliftment of their lives.

They do not think very liberally and are under the influence of religious leaders.” At the executive meeting in Hyderabad, the units of the states where the BJP had won the assembly or local elections presented their brief report cards. PLC/GT