The UNESCO instituted the World Philosophy Day in 2005 to be observed on the third Thursday of November. This year the day falls on November 17. What was the need for dedicating a day to a discipline believed to be divorced from reality? “Philosophical reflection is above all a call to humility, to take a step back and engage in a reasoned dialogue, to build together the solutions to challenges that are beyond our control”, says Irina Bokova, the UNESCO’s Director General. She adds “The greater the difficulties encountered the greater the need for philosophy to make sense of questions of peace and sustainable development”.

Philosophy, the UNESCO maintains, belongs to everyone, everywhere, who cares for it. Therefore the international body leads the World Philosophy Day but does not own it. Philosophy might be viewed in two different ways. At one plane, it is speculative rather than empirical. It believes in discovering the intangible order of things. It peaks into spirituality. It is for individual edification, satisfaction and understanding of things. But at another plane it is about engagement with human civilization. It is about moulding the future of civilization by discovery of some sublime principles.  “My purpose is to exhibit philosophy as an integral part of social and political life: not as the isolated speculations of remarkable individuals”, says Bertrand Russell in his classic A History of Western Philosophy.

This year is the 140th year of American Declaration of Independence (1776). The Declaration disavowed the divine right of kings, which George III, the then monarch of Britain clung to. It brought common people into the foreground of history. It is an argument in favour of democracy and equal rights for all citizens. Bereft of this uplifting philosophy, America’s war of independence might have reduced itself to crude military campaign against the British.

The document, drafted by Thomas Jefferson (1743-1826), abounds in original political philosophy. “We hold these truths to be self-evident, that all men are created equal, that they are endowed by their Creator with certain unalienable Rights, that among these are Life, Liberty and the pursuit of Happiness. — That to secure these rights, Governments are instituted among Men, deriving their just powers from the consent of the governed, — That whenever any Form of Government becomes destructive of these ends, it is the Right of the People to alter or to abolish it, and to institute new Government, laying its foundation on such principles and organizing its powers in such form, as to them shall seem most likely to effect their Safety and Happiness”.

Our own struggle for freedom was animated by humanistic philosophy. “This was no crude demand for the ending of foreign rule and the elevation of self chosen leaders absolute authority, such as we have seen in other emergent countries. This was a genuine dialectic argument about the nature of freedom, the character of nationhood, the obligations of individuals to society”, observed the late Oxford historian Hugh Tinker.

The intellectual discourse that marked freedom movement guided India’s course to become an inclusive democracy. India was the first nation to implement universal adult franchise in 1951-52. Some were even skeptical of its wisdom, in a nation with literacy rate of meager 16 percent. But it could not have been any other system, given our freedom movement was fought in the name of everyone, high and low, rich and poor, men and women. The universal adult franchise, like democracy itself, was thus the outcome of the philosophy of freedom struggle.

It is a pity that India’s ingenious schools of philosophy got caught in time warp. The Sankhya, Yoga, Nyay-Vaisesika, Purva Mimansa, Uttar Mimansa and Vedanta are considered six orthodox systems that upheld the Vedas. Buddhism and Jainism were considered heterodox systems. Though all of them were rich in content, they did not inspire any political evolution unlike what we see in the West. Therefore we see no political evolution in medieval India, which might have modernized India without British intervention. But in the 19th century, in colonial India, Vedanta and Buddhism emanated as gospels humanity and universalism. Swami Vivekananda spoke of the glories of Vedanta and Buddhism in the West. They were projected as remedial answers to needs of the epoch. Yoga, originally a school of philosophy, is now fascinating the world. Instituting the ‘International Day of Yoga’ (June 21) in 2015 should reinforce our attention to Indian holistic philosophy.

Gandhi changed the rules of the game in politics. When he arrived on the scene a century ago, the national leaders were actually following western assumption of state, nationhood and political destiny. The more enthusiastic nationalists wanted to establish that Indians had a history of military and political superiority like the Europeans. Those who gave an alternative perspective based on Indian ideas like Rabindranath Tagore and Ananda K. Coomaraswamy were not men of masses. It was Gandhi who with his ideas of Satyagraha, Ashram, Charkha, Khadi, Daridra-Narayan Seva, Swachhata (Cleanliness), Ram Rajya, Hartal, Sarvodaya, Prarthana (Daily Prayer), Go-Raksha (Cow Protection) invested the political struggle with quintessentially Indian ethos. He created a different political idiom. While one might disagree with his policies, one could not deny the uniqueness of his approach.

The debate whether philosophy is for self-elevation or service of mankind might remain. It could actually be both. It is only when we elevate ourselves can we create a better socio-political discourse. Philosophy can build a public discourse based on reason and empathy rather than force and strength. 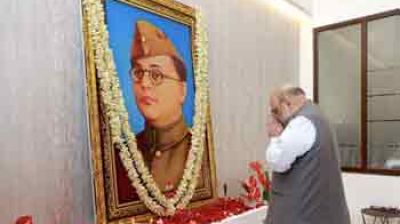 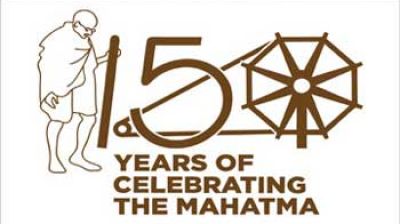