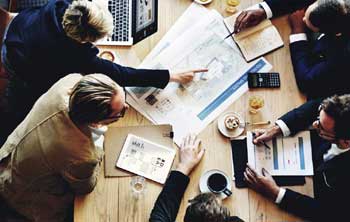 INVC NEWS
New Delhi ,
PFMS Division of Office of Controller General of Accounts (CGA) under Ministry of Finance, Government of India on Thursday organized a workshop on Public Finance Management System (PFMS) to generate awareness among the officials on the functioning and achievements of the system at Jaydev Bhawan in Bhubaneswar.

Attending the workshop as Chief Guest Shri Deepak Das, Controller General of Accounts (CGA) said that the Government of India has introduced PFMS to bring accountability and transparency in the governance. “PFMS over the years has transformed the entire public finances system. It has ensured last mile delivery of services,” he said.

Terming PFMS as a game changer in management of Direct Benefit Transfer (DBT) for various schemes of the government, Shri Das said DBT abolished the middlemen system and ensured direct benefit transfer to the beneficiaries and here PFMS worked as the most important tool to deliver the financial services.

Shri Das also congratulated Odisha for completing 100 percent onboarding in the PFMS and said that Odisha is among the six states which have successfully implemented the PFMS in the entire nation. “PFMS has been playing an instrumental role and it is making the governance easier and accessible,” he added.

Shri Vishal Kumar Dev, Principal Secretary, Department of Finance, Government of Odisha also attended the workshop and said that PFMS has achieved many landmarks over the years in the management of Public Finance. “The PFMS ensured greater accountability and transparency in the governance system,” said Shri Dev.

Earlier in the day, the CGA inaugurated an exhibition on Azadi Ka Amrit Mahotav organized by Regional Outreach Bureau (ROB) Bhubaneswar to commemorate the 75 years of India’s Independence. A cultural programme showcasing the rich art and culture of Odisha and the role of its freedom fighters in India’s freedom struggle was also presented during the event.

Shri Das commended the efforts of ROB Bhubaneswar and congratulated the team for putting up such a noble initiative. “The exhibition was indeed very unique in its nature. It gives us the insight of the stories of our freedom struggle. I am proud to know about our unsung freedom fighters from the exhibition,” he said.