People-to-people contact is the main pillar of relations between the two countries : Sushma Swaraj

INVC NEWS New Delhi, The first Indo-Nepal Friendship Motor Rally which was flagged off at Puri, Odisha on February 27 concluded at lawns of India Gate here today. Twenty four teams and about 90 participants from India and Nepal covered 3060 Km during the ten-day rally in both countries. The rally aimed at strengthening bilateral relations between India and Nepal and spreading message of road safety . Speaking at the reception function organized on the occasion, Minister of External Affairs Smt. Sushma Swaraj said that the rally has significantly contributed in strengthening the friendship and the already existing cultural ties between India and Nepal. She said the people-to-people contact is the main pillar of relations between the two countries. Smt. Swaraj congratulated the organizers for successfully spreading the message of road safety through the rally. She also underlined the fact that only Indian make cars participated in the rally. Union Minister of State for Road Transport & Highways and Shipping, Shri Pon Radhakrishnan said that India has always shared friendly ties with Nepal, and this rally very strongly expresses the concern of people of both the countries for safer roads. He added that this car rally calls for rededicating ourselves to make our roads safer and reduce mortality on roads. Underscoring the features of Motor Vehicles Bill, introduced in the current session of the Parliament, he said the Government is taking all steps to make drivers more skilled and concerned about road safety. He said that through this comprehensive legislation, the Government aims to modernize road infrastructure in the country. Secretary, Ministry of Road Transport & Highways, Shri Vijay Chhibber emphasized on sub-regional approach for strengthening contacts amongst SAARC countries. Stating that the rally attempted to highlight the ease of travel between India and Nepal, Shri Chhibber said another high point during the period of the rally was launch of bus service between Varanasi and Kathmandu. Charge d’ affaires of Nepal in India, Shri Krishna Prasad Dhakal, who was also present on the occasion said that the relations between India and Nepal are dynamic and are extended to people-to-people level. He said improving connectivity is one important aspect of friendship between the two countries. The participants of the rally were felicitated on the occasion. A display of vintage cars was also organised at India Gate to mark the occasion. The route of the Rally was as follows: Puri, Konark, Dhauli, Bhubaneswar, Baripada, Rairangpur (Odisha); Jamshedpur, Ranchi (Jharkhand); Bodhgaya, Rajgir, Bakhtiyarpur, Patna, Muzaffarpur, Forbesganj, Jogbani (Bihar); Biratnagar, Dharan, Bardibas, Dhulikhel, Kathmandu, Pokhara, Lumbini, Dhangadhi (Nepal); New Delhi.
Read the full article
Tags: Sushma Swaraj Vijay Chhibber Minister of External Affairs People-to-people contact is the main pillar of relations between the two countries : Sushma Swaraj first Indo-Nepal Friendship Motor Rally Minister of External Affairs Sushma Swaraj features of Motor Vehicles Bill Krishna Prasad Dhakal 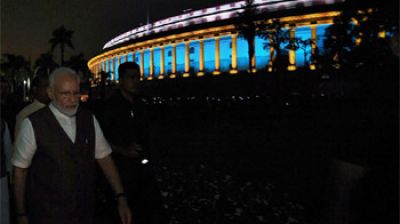 We are blessed to have closely interacted with Sushma Ji 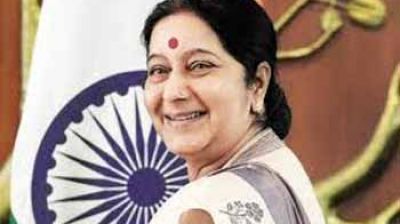 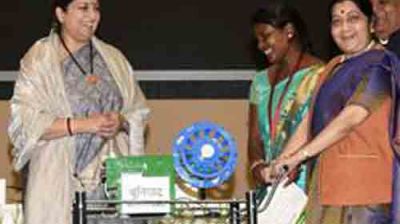