INVC NEWS
Raipur,
Chief Minister Bhupesh Baghel has drawn attention of Prime Minister Mr. Narendra Modi towards the increasing prices of daily-use goods in state. He said that onions, tomatoes and lentils, and things of daily consumption are undergoing steep hike in prices, which is why people of middle class and poor section of society are facing difficulties. Chief Minster gave information about the measures that are being taken to control prices of these goods and also gave suggestions to Government of India regarding immediate and short-term measures that can be taken for the same situation in national perspective.

Chief Minister Mr. Baghel gave various suggestions including opening of retail counter through NAFED in major cities of the state and to make a buffer stock of onion, providing subsidy to onion-producing farmers. He requested Central Government to provide concessions to entrepreneurs for setting up procession units in state to provide proper value of their yield to farmers producing tomatoes.

Chief Minister also mentioned in his letter to Prime Minister that he wants to draw Prime Minister's attention towards an important problem related to daily life of common people. Steep hike in prices of necessary goods including onion, lentils, tomatoes and others in the open market is causing major inconvenience to common people, especially poor families. In Chhattisgarh state, retail price of onion in year 2019 was Rs 20 per kg, which has increased to Rs 75 per kg at present.

Chief Minister mentioned in the letter about the measures that are being taken by State Government to control price hike, to ensure regular monitoring of market price of onions in open market, and to prevent hoarding of onions. He stated in the letter that under Chhattisgarh Essential Goods Traders (Permit and Ban on Hoarding) order, 2019, State Government has fixed the limit of stock at maximum 500 quintal for wholesaler and maximum 100 quintals for commission agent. Price Monitoring Cells deployed in five districts of the state and Price Monitoring Cells of State Headquarters are keeping vigilante on wholesale and retail market price of 22 essentials goods. State Government in coordination with District Administration and wholesale traders of onions are have established seven retail centres in Raipur city, where currently onions are being sold at Rs 70 per kg.

Chief Minister stated in his letter to Prime Minister that to bring relief to common people from inflation, Government of India can take immediate measures such as opening retail counter in major cities of Chhattisgarh state to supply onions on concession rates through NAFED from the buffer stock of onion available. In the same way, he also suggested importing of onions from other countries, after evaluating the total requirement of onions in various states of the country, so that this gap between demand and supply of onions can be bridged and prices of onions in open market can be controlled.

About the long term measures that can be taken for controlling inflation, Chief Minister stated that Central Government should keep in view the annual requirement of onions in the country and thereby promote production by providing subsidy to onion-producing farmers in order to reduce agricultural input cost. He stated that due to unscientific storage and lack of better storage facility, a large quanity of onions rots every year, because of which situation of artificial deficit arises. Hence, Central Government should develop necessary facilities in the states producing onions for scientific storage of the stock.

Chief Minister suggested that every year Central Government should maintain 5 lakh tons of buffer stock by procuring onions, and then supply it to the various states of the country during the low production months such as monsoon till the next yield arrives in the market. He suggested that onions should be supplied to states on cost price from buffer stock. Chief Minister stated that availability of buffer stock with Central Government would end the possibility of hoarding and black marketing of onions in the open market.

PM Modi will address the Grand Finale of Smart India...

Development cooperation with Mauritius is at the heart of India’s...

These labs will reduce turn-around-time and exposure of lab personnel...

This should cover the entire gamut of their business from...

North East should become the growth engine of country 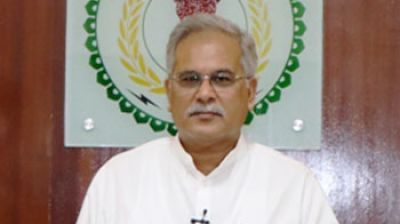 Summit will witness discussions on areas including India-US cooperation