INVC NEWS Chandigarh, State Vigilance Bureau today nabbed revenue Patwari posted at Dirba in Sangrur district red handed for accepting bribe of Rs. 1 lakh. Disclosing this here today a spokesperson of Vigilance Bureau Punjab said Hardeep Singh, Patwari, posted at revenue halqa Dirba-B in Sangrur district was caught red handed on the complaint of Mr. Manohar Singh, a complainant of Bhogi Patti, Dirba, district Sangrur. Giving details he said the complainant approached the VB and alleged that the above named patwari demanding bribe of Rs. 10 lakh for helping him in a court case and not to submit report regarding intqual of land and the deal was struck at Rs. 7 Lakh. After verifying his complaint the VB team laid a trap and the accused was caught red handed with Rs. 1 Lakh as a first installment and tainted money was recovered from him in the presence of two official witnesses. He informed that a case under Prevention of Corruption Act has been registered against the accused at VB police Patiala and further investigation was under progress 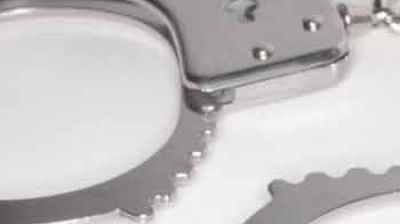