Patna weighed down by obesity: average BMI of 44 for most patients

Asthma, hypertension & diabetes are lead for patients to look towards Bariatric surgery

In over a year Fortis Flt. Lt. Rajan Dhall Hospital has seen many cases where the BMI of patients from Patna is more than 40. Patients are coming on wheelchair, with extra support of walking and co-morbidities due to obesity. According to Dr Randeep Wadhawan, Director, MAS, Bariatric & GI Surgery at Fortis Flt. Lt. Rajan Dhall Hospital, Vasant Kunj (FHVK), New Delhi  whenever I come to Patna I see minimum 25 patients who needs immediate surgery for obesity.

In a shocking report presented by the National Family Health Survey,-In states such as Bihar, Madhya Pradesh, Meghalaya, Tripura and West Bengal more than 10% of the people were found to be obese.

According to Dr Wadhawan, “When I see patient with BMI of above 40 from Tier II and III cities like Patna, I feel sad. Till a decade ago few patients were considering weight loss procedures but as of today the average BMI of patients that we have treated with Bariatric surgery from Patna is nearly 44, which is worrisome. Diseases like Type 2 diabetes, hypertension, metabolic syndrome, obstructive sleep apnea, migraine and depression are household names affecting people of Patna at large.

1. The National Family Health Survey (NFHS-4A), a Government health survey, has found that the number of overweight men in the country has doubled over the past decade. In case of women, one in every five women is now overweight (20%).

2. While maximum cases of obesity affect urban upper and middle class families, the rural population has also showed a significant number - 14.3% men were found to be obese.

3. Since India is a developing country, one may assume that malnutrition is one of the major factors causing death. But in reality, it is obesity that is affecting and causing dangerous diseases among millions.

4. Childhood obesity is also on the rise globally. Even children, as little as under the age of five, were found to be suffering from obesity. A WHO report states that the number of obese and overweight children under five has nearly doubled since 1990 to 10.3 million. There are various factors involved - no physical activity, junk food, sugary drinks, etc.

Mr. Sandeep Guduru, Facility Director, Fortis Flt. Lt. Rajan Dhall Hospital, Vasant Kunj (FHVK) said, “The MAS ,Bariatric & GI Surgery team at FHVK has a very advanced and comprehensive care program intended to handle rare of the rare cases. Dr Wadhawan and his team are capable of achieving many milestones by giving new lease of life to numerous of patients. He is a pioneer  in his specialty.” 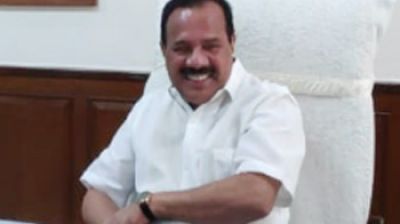 NIPERs have immense role to play in the development of...

The pandemic will enable the young leaders to make their...