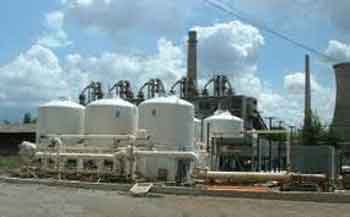 INVC NEWS
New Delhi,
In order to address the surge in demand for oxygen, the Central Government has undertaken key measures to increase the availability, streamline the distribution and strengthen the oxygen storage infrastructure in the country. The steps undertaken focused on the entire oxygen supply chain. These include efforts for improving oxygen production, enhancing tanker availability to optimizelogistics, improving oxygen storage at thelast mile, and easing norms of procurement.

Oxygen availability has been enhanced by increase in Production Capacity and production, setting up of Pressure Swing Adsorption (PSA) Plants, import of Liquid Medical Oxygen (LMO)from Overseas, and Procurement of Oxygen Concentrators. For enhancing tanker availability to streamline transportation, Nitrogen and Argon tankers have been converted, tankers and containers have been imported, domestic manufacturing of tankersincreased, andrail and air transportation of tankers is being undertaken to reduce turn-around time.Oxygen Digital Tracking System (ODTS) has been setup of for real time monitoring, and driver availability is being enhanced with training of MHV drivers. For improving oxygen storage, number & capacity of cryogenic tankers at hospitals is being enhanced andMedicalOxygen cylinders are being procured.Relaxation of General Financial Rules (GFR) has been undertaken to enable faster procurement of critical supplies. The details regarding the measures undertaken by the Central Government on all fronts of the oxygen production, transportation, storage and infrastructure are as given hereunder.

Steel companies from both the public and private sectors, have stepped up efforts to meet the nation’s requirement of medical oxygen. On 4th May, 2021, the Total Liquid Medical Oxygen Production by the Steel plants was 3680.30 MT. The total LMO Supply per day was up from an average 1500-1700 MT in mid-April to 3131.84 MT on 25thApril, and further to4076.65 MT on 4th May.

Oxygen Production Capacity Enhancement Plans
Additional capacity expansion is planned in the near future to enhance oxygen production capacity. The measures in this regard include additional 70 MT/day production expected in Karnataka; Supplies from Air Separation Unitof SME sector; Jumbo Hospitals with gaseous oxygen from refineries(11,950 beds), power plants (3,850 beds), and steel plants (8,100 beds) are being set up. Supply of oxygen for non-essential industrial purposes has been prohibited w.e.f. 22nd April, 2021, resulting in ~1,000 MT of additional oxygen availability. Additional capacity expansion of 630 MT/day is also planned by Steel sector.

Import of Liquid Medical Oxygen
50,000 MT of Liquid Oxygen is being imported from overseas, with orders and delivery schedule for 5,800 MT finalized. Ministry of External Affairs is actively assisting in securing sources of oxygen from abroad. To expedite the process, quotations were obtained on 21.04.21. 3 quotations have been received for 3,500 MT and approved on 21.04.21 with delivery over 3 months. In addition, 2285 MT of LMO being imported from UAE, Bahrain, Kuwait and France, a part of which has already arrived.

Procurement of Oxygen Concentrators
Procurement of 1 lakh Oxygen Concentrators has been sanctioned under PM Cares Fund on 27.04.2021. Expression of Interest was issued on 29.04.21 and Offer has been receivedfor 2,500 units. There has been good response to the tender floated by ONGC. Offers for 50,000 concentrators have been received from domestic manufacturers. Award for 9,800 units have been finalized with delivery schedule of 4,800 units on 15.05.21 and 5,000 units on 27.05.21. In addition, 55 bidders have expressed interest to supply 70,000 – 75,000 units of concentrators. Orders are being finalized and will be placed based on promised delivery schedule.

Oxygen Allocation Process
Oxygen Allocation process has been established to equitably supply oxygen to all states in line with the demand.First oxygen allocation order issued on 15.04.21 was restricted to a few states like Maharashtra, Gujarat, Delhi, Madhya Pradesh, Karnataka, etc.As the second wave of pandemic spread to other states, demand for Oxygen increased from other states. The formula of Ministry of Health and Family Welfare was used to estimate Oxygen requirement for each state in line with the active cases in the state, and maximum efforts were made to align Oxygen Allocation to the estimated demand for each state. Other factors such as availability of hospital infrastructure including ICU beds were also taken into account while finalizing allocation.

Oxygen Allocation process has continuously evolved to streamline the distribution of Oxygen in the country. Oxygen allocation to States/UTs is dynamic in nature,based on requirement as per Health Ministry norms, and consultation with States/UTs, manufacturers & other stakeholders. There is a mismatch between producing and consuming states, and equity among states to be maintained. Moreover, one-third of the production is concentrated in East India, while the ~60% of demand for oxygen is in North and South India, resulting in transportation challenges. Mapping of source and destination of oxygen has been completed to optimize transportation plan in consultation with States/UTs, manufacturers & other stakeholders.

Multiple interventions have been undertaken to improve tanker availability. Availability of Oxygen Tankers has been improved with conversion of Nitrogen & Argon Tankers &their Imports. In March 2020, the capacity of tankers was 12,480 MT and their number was 1040. Now, the capacity of tankers has gone up to 23,056 MT and their number has increased to 1681, which includes 408 converted tankers and 101 imported tankers. 408 out of the 1,105 Nitrogen and Argon Tankers have been converted into oxygen carrying tankers so far; and another 200 tankers will be converted shortly. 248 oxygen tankers are being imported, with 101 tankers imported so far and another 58 tankers to be imported in next 10 days; In addition, 100 tankers are being manufactured domestically.

Oxygen Tankers being transported by Rail and Air to reduce turnaround time
Railways are being used for long distance transport of tankers through Roll on – Roll Off service. So far, Indian Railways has delivered nearly 4200 MT of LMO in more than 268 tankers to various states across the country.68 Oxygen Expresses have already completed their journey so far.Till the evening of 9th May,293MT has been offloaded in Maharashtra; 1,230 MT in UP; 271 MT in MP; 555 MT in Haryana; 123 MT in Telangana; 40 MT in Rajasthan; and 1,679 MT in Delhi.

Air-lifting of empty tankersis being done to plants to reduce the turnaround time. 282 tankers with 5505 MT capacity have been airlifted, transporting LMO in domestic routes. 75 containers with capacity 1293 MT have been imported from overseas through IAF. In addition, 1252 oxygen cylinders, 3 oxygen generation plantshave been imported through IAF.

Oxygen Digital Tracking System
A Web and App based Oxygen Digital Tracking System (ODTS) has been launched to enable real time tracking of Oxygen movement in the country. Its objectives are effective and instantaneous communication of allocation orders to plants and dispatches from plants, and toenable real-time tracking of Oxygen movement in the country from Plants to States. It integrates with GSTN database for E-waybill based data entry, Tracking of tankers through GPS, SIM (Driver Mobile No.), FASTag, and Automated alerts from system for route deviation, unintended stoppages, delays

Besides, aVirtual Central Control Roomhas been establishedwith officers from Additional / Joint secretary officers of Health, Road, Rail, Industry, Steel and from State Govt. The Control Room is monitoring Oxygen movement 24 X 7 and to resolve any issues in oxygen transportation.

Training Drivers for Driving Oxygen Tankers
2,500 additional drivers are being trained to drive oxygen tankers by National Skill Development Corporation (NSDC) and Logistics Sector Skill Council (LSSC). Availability of skilled drivers is essential to ensure uninterrupted transportation of Oxygen. Since LMO Transportation is covered under Hazardous Chemicals regulations, drivers with adequate training and having HAZ Cargo license only are allowed to operate the trucks. Immediate focus is to make Training module has been developed by NSDC and LSSC in English and Hindi &20 master trainers identified. Online Refresher coursesareplanned for non-active drivers with training in handling HAZ chemicals. 73 locations have beenidentified for organizing physical training programs for drivers along with oxygen plants.

Enhancing Storage of Oxygen – Cryogenic Tanks
Number of cryogenic tanks for storing oxygen at hospital has increased to 901 from 609 since March 2020. Availability of medical oxygen cylinders has increased from 4.35 Lakhs in March 2020 to 11.19 Lakh in May 21. Additional, 3.35 Lakh cylinders are being procured in line with estimated increase in demand. Orders have been placed for additional 1,27,000 cylinders on 21.04.21. DRDO is procuring 10,00,000 NRM valves under PM Cares Fund - this device will reduce wastage of oxygen by shutting out the supply during exhalation. 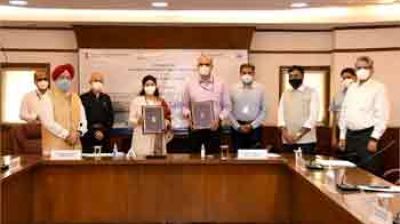 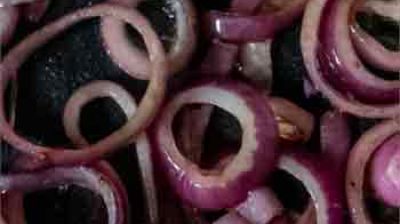 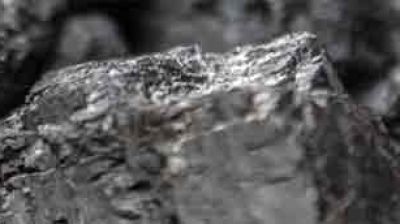 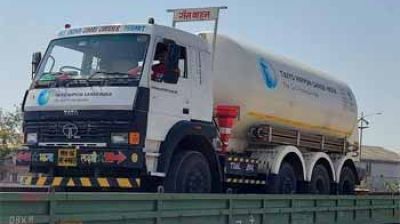 424 Oxygen Expresses have completed their journey

India has taken many bold steps on clean energy 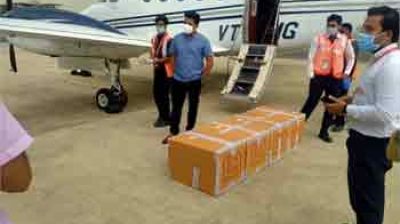