INVC NEWS New Delhi, Chief Minister Virbhadra Singh while presiding over a function organized by the Outsource Employees Federation at hotel Peterhoff today said that the state government was well aware of the problems of outsourced employees and assured that certainly a policy would be formulated for them. The Chief Minster said that their demand was genuine and would be taken care of sympathetically soon. Outsourcing was done for carrying out the policies and programmes of the government for a limited period initially, but it was not fair, to keep them outsourced for rest of their lives, he said. The period of service of outsourced employees should not be prolonged enough. There should be a policy for such employees. Outsourcing of employees was prevalent everywhere, not only in India but other countries too, he said.  The state government was alive to the problems of all the sections of the society, he said adding that water carriers were  appointed, not because, they will carry water in schools, but we believed to provide employment to the poorest of poor. Every school has a tap water, but policy of water carriers was aimed to provide employment to poor, widows, physically challenged, he said. Similarly, the government was also aware of the grievances of the outsourced employees and would surely redress them, assured the Chief Minister. He said that employees, right from top to bottom, were the backbone of the state government and play an instrumental role in implementing the policies and programmes. The government was providing the due share and due financial benefits to the employees of the State government from time to time. Today Himachal was a model of developed hill state and this have been possible due to hard work put in by the employees, he said, adding that after formation of the state there were hardly any roads and electricity in Himachal but with the passage of time today there was a road length was around 37000 kilometers and every house was having electricity connection. He said that the per capita income of the state was Rs 651 in 1971 which now was Rs. 1,30,067  which itself speaks in volume about the development of Himachal Pradesh. However, there were few forces which try to create rift between people right from Panchayat upto the state level. They try to divide the people while nearing elections and also sometimes succeed in their motive, but the people have to understand their modus-operandi and their propaganda, said the Chief Minister. The state government employees should work sincerely for upliftment of the state, they should rise above party politics, urged the Chief Minister. State Youth Congress President Shri Vikramaditya Singh, while addressing on the occasion said that the demands of framing a policy for regularization of Outsource Employees was taken up in the Dharamshala Rally, on completion of four years of the present government with Vice-President INC Shri Rahul Gandhi. He said that the Chief Minister was already considering formulating a contractual policy for Outsource employees. He said that Himachal Pradesh by formulating a policy for outsourced employees would become a role model in the country. He also supported the demand of minimizing the contract period to three years of these employees after bringing them within the fold of contractual policy. He said that though there was difference of political ideology with BJP, but any positive measures on their part, at the centre, for welfare of employees would always be appreciated. He said that the vocational teachers policy, was though the brainchild of UPA, was continued by NDA, for which they were to be appreciated. He said that the BJP in the State always believed in regional politics and we should be aware of their evil designs. He exhorted those present to come forward to fight those forces which try to disintegrate the State on basis of region or religion. Chairman, Other Construction Workers Welfare Board, and President State INTUC Shri Hardeep Bawa, and President, State NGO Shri S.S. Jogta  also spoke on the occasion. State President HP Outsource Employees Federation Shri Dheeraj Chauhan also welcomed and honoured the Chief Minister on the occasion. He thanked the Chief Minister for taking up the issue of regularization of state Outsource Employees. He said that from last 16 years the Outsource Employees were giving their services in all departments, boards and corporation of the State government. He urged that the Outsource Employees working in different departments may be regularized in the departments they were working. The federation also urged for bringing the Outsource Employees within the fold of contractual policy of the State government and  minimizing the contract period for three years before being merged as regular employees in government jobs. Chairman HPSIDC Shri Atul Sharma, Chairman APMC Shri Mahendar Stan, Advisor IT Shri Gokul Butail, President BCC Shimla Rural Shri Chandershekhar, Director Higher Education Shri B.L Vinta, General Secretary NGO Shri Gopal Sharma, President Youth Congress Mandi Parliamentary Constituency Shri Adityavikram Singh were also present on the occasion amongst district presidents of Outsource Employees associations from all over the State besides others. 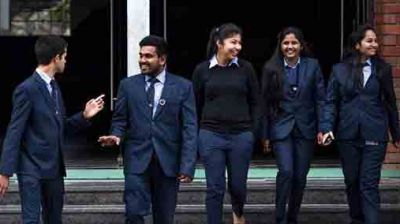