Home Business Corporate News Open company for getting the dead rites done from cremation to bone... 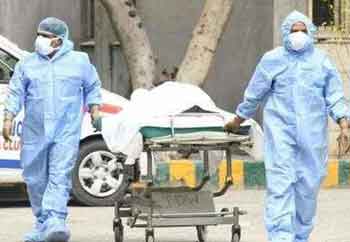 You must have heard till now that for organizing marriages and other functions, there is a company that manages everything and takes money in return. But now the information about opening a company to get the last rites done for the dead is becoming increasingly viral on social media. It is being said that a company named Sukhant Funeral MGMT Pvt Ltd provides all the necessary items for the funeral of the dead.

That is, now people do not have time, so for the last rites of the dead, such a company has come forward as if looking for an opportunity in disaster. Yes, according to the news which is going viral very fast on social media, then a company named Sukhant Funeral MGMT Pvt Ltd has been formed which gets the last rites of the dead done. For this the company has fixed a fee of Rs 37 thousand 500. In return, the Pandit, the barber, the people who shoulder the bier and accompany them to the crematorium will be of the same company. Apart from this, the company will get the ashes immersed.

Means it can be understood from this news that a new startup company has been opened by someone who knows that nowadays people do not have time to maintain relationships. Neither with son nor with brother or other relatives. According to the news, till now the last rites of more than five thousand dead have been done by this company. Although this news is becoming increasingly viral on social media these days, so we cannot confirm its credibility. PLC/GT