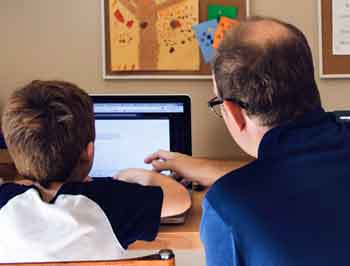 Only 25% of enrolled school aged children accessed education during school closures in Delhi, despite high levels of internet connectivity

The 2021 survey, conducted by policy think tanks LIRNEasia and ICRIER, showed that 84% of households in NCT Delhi have an internet connection: 22 percentage points higher than the national average.  Although the survey also shows that the high level of household connectivity in Delhi helped it to better adapt in certain aspects during the COVID-19-induced lockdowns, it did not translate to gains in education.

CuriousJr initiates a new plan for coding in vernacular languages