Aryabhatta Research Institute of Observational Sciences (ARIES), Nainital an autonomous research institute under the Department of Science and Technology (DST), Govt. of India and Hemvati Nandan Bahuguna Garhwal University, (HNBGU)  (a central University) Srinagar, Pauri Garhwal, Uttarakhand, are planning to jointly organize the three-day online international conference on ‘Aerosol Air Quality, Climate Change and Impact on Water Resources and Livelihoods in the Greater Himalayas’ between 14th -16th September 2020. The international conference is being organized as a part of the celebration of Golden Jubilee Commemoration Year of DST. This is the first Online International conference to be held at ARIES, Nainital, during this Pandemic.

The invited speakers in the conference are from different parts of the globe and will deliver lectures under the themes: Growing air pollution over the Indo-Gangetic Plains and Central Gangetic Himalayan Region, Himalayan Glaciers, Climate Change impacts on Himalayan Glacier and monsoon over the Himalayas, Extreme events and so on. The reviewed presentations will be published on a Thematic Issue entitled “Aerosols-Climate interaction and water resources over the Himalayas” in the Journal of Earth System Science (JESS).

ARIES, Nainital, started research activities in the field of atmospheric science and climate change about two decades ago. It has installed a battery of modern instruments at Manora Peak, a strategically important location in the Central Himalayan region, for in situ measurements of various optical, physical and chemical properties of aerosols and trace gases. The ARIES has also established both national and international collaborations in these areas.

All villages have to prepare Village Action Plan

The rural drinking water supply is a complex subject with...

India is one of the most vibrant IoT eco-systems in... 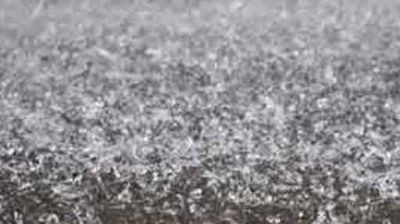