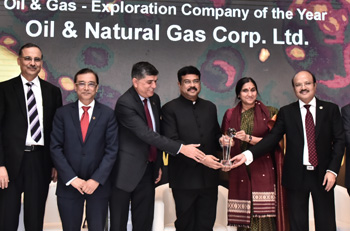 2019. The Energy Maharatna was conferred the coveted award for being the leading performer in Exploration, while complying with the norms of occupational health and safety.