One Thousand Crore Be Spent This Fiscal On Tourism Promotion: Sohan Singh Thandal

INVC, Chandigarh, The Punjab government has set aside a budget of Rs. 1000 crore for this financial year to conserve the monuments of historical importance and to further provide the impetus to the tourism sector in the state. It was disclosed by Mr. Sohan Singh Thandal, Tourism Minister, Punjab in a press communiqué released here today. The Minister said that with the increase in influx of the tourists in the state Hotel Industry is witnessing a boom. He said that Punjab government was contemplating to grant Industry status to the Hotel profession in the state. “Duty free electricity and various kinds of VAT concessions have also been extended to the hoteliers in the state”, he added. Tourism Minister said that it is a moment of pride for all Punjabis that the Punjab has bagged top notch in the tourist circles of the country and this achievement of the state has been recognised by the Government of India by conferring ‘Most Progressive State in Tourism’ award to Punjab. He said that the state government has given series of incentives to enable the tourism flourish in Punjab Mr. Thandal reiterated that the state government would spend Rs. 1000 crore in this financial year on various projects of tourism. He said that this ambitious plan of the government is aimed at achieving twin motive, first to conserve the religious and historical heritage and second to generate employment avenues in the tourism sector. Divulging the various features which ensured top rank for the Punjab in Tourism in the country, he said that Punjab has wild life sanctuaries with a rare site of migratory birds. He said that the important places of tourist interests in Punjab are Golden Temple, Durgiana Mandir, Jallianwala bagh in Amritsar; Takhat Sri Kesgarh Sahib and Khalsa Heritage Complex at Anandpur Sahib; Bhakra Dam, Qila Androon and Moti Bagh Palace at Patiala; Wetland at Harike Pattan. Aam Khas Bhag at Fatehgarh Sahib, Ramgarh Fort at Amritsar etc. He said that SAD-BJP combine in Punjab has also constructed various monuments in commemoration of warriors, Religious saints and Sikh Gurus. In his regard he made special mention of Wadda Ghallughara memorial at Kup Rahira, Chota Ghallughara memorial at Kahanuwan, Baba Banda Singh memorial at Chupparchiri. He said that the war memorial at Kartarpur and Memorial in commemoration of Guru Ravidass at Khuralgarh are under construction. He said that the construction of these monuments by SAD-BJP government in Punjab has provided big thrust to the tourism industry in the state.
Read the full article
Tags: Tourism Minister One Thousand Crore Be Spent This Fiscal On Tourism Promotion: Sohan Singh Thandal VAT concessions ohan Singh Thandal INVC news punjab 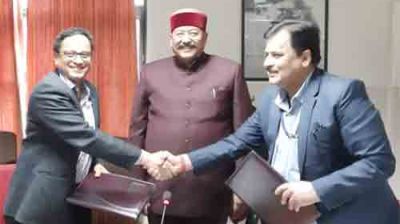 A foodie’s guide to St. Moritz and the Engadin Valley