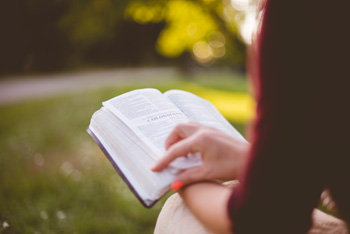 One of the most popular monographs from India, titled “Social Media in South India” is authored by Shriram Venkatraman, Adjunct Professor of Anthropology at Indraprastha Institute of Information Technology, New Delhi (IIIT-Delhi)

Ethnographic monographs usually sell just a few hundred copies. How, then, did an eleven-volume anthropological series about the use and consequences of social media called “Why We Post?” just pass one million downloads? It is not just the quantity that is unprecedented but also the reach as well. The series has been read by audiences all around the globe, with over 20,000 downloads in the Philippines and Brazil, over 10,000 in Nigeria and Indonesia, and over 5,000 from Ethiopia and Hong Kong.

The series investigates the findings of anthropologists who each spent 15 months living in communities across the world, immersed in the lives of people living in a town on the Syrian-Turkish border and small towns in South-East Italy, Chile, rural China, England and Trinidad among others. It was the first project to observe the shift in Facebook from younger to older visitors in 2012. The study also demonstrated the importance of social media for everyday family life in south India and Brazil.

The most downloaded volume is “How the World Changed Social Media?” which offers a comparative analysis summarising the results of the research, including the impact of social media on politics, gender, education, and commerce. This volume has been translated to Hindi, Tamil, Italian, and Portuguese by UCL Press. The volume authors are Elisabetta Costa, Nell Haynes, Tom McDonald, Daniel Miller Razvan Nicolescu, Jolynna Sinanan, Juliano Spyer, Shriram Venkatraman, and Xinyuan Wang.

The monograph from India, titled Social Media in South India was authored by Shriram Venkatraman, currently an Adjunct Professor of Anthropology at Indraprastha Institute of Information Technology, New Delhi. This volume has also been translated to Hindi and Tamil.

The success of the series demonstrates how interesting anthropology can be globally when the results are made accessible and are directly related to the lives of the readers.

Details of the Why We Post project can be found at https://www.ucl.ac.uk/why-we-post/. All of the tiles, published by UCL Press, can be accessed and freely downloaded from the Why We Post series page.

Statistics as of June 2020 for Shriram Venkatraman, IIIT-Delhi (As an Author/Co-Author)

How the World Changed Social Media