Home Other Enviroment Once we understand water, land, soil and climate and the interactions ... 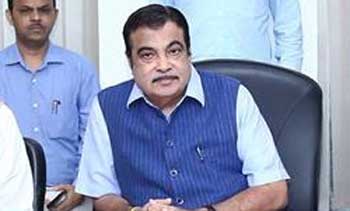 The Union Minister for Road Transport and Highways Nitin Gadkari has highlighted the need for more effective cooperation, coordination and communication amongst various research organizations and labs and also among their stakeholders. This, he said, is essential in order to capitalize on the power of ideas and to take the knowledge created by these institutions to the last person of society. The Minister said this while addressing the 46th Foundation Day celebrations of  National Bureau of Soil Survey and Land Use Planning, Nagpur today, August 27, 2022.

The Bureau is an independent institute of Indian Council of Agricultural Research (ICAR), entrusted with the mission of conducting and promoting research in the National Agriculture Research System in the areas of Soil Survey, Pedology, Geomorphology, Remote Sensing, Geographic Information System, Cartography, Land Evaluation and Land Use Planning.

The Union Minister observed that per acre agricultural output in India is very low in comparison to world standards. Our fruit quality too is not good enough as per international standards. The Minister explained that the challenge is how to make right and appropriate knowledge available to the last man in an effective manner. “We should take knowledge on soil, seeds, land, water, choice of fertilizers and best agriculture practices, to farmers in villages using regional language and using mediums such as short films and through local agricultural colleges and universities. This will help increase agricultural productivity. Our economy is based on water, land, forest and animals. Hence, when the fruits of research are utilized by the last person, then knowledge and research become really meaningful.”

The Minister suggested that the National Bureau of Soil Survey and Land Use Planning can work together with Agricultural Universities in each region to study soil quality of the region and advise farmers how to improve agricultural productivity of the region. “We need to address the difficulties in transformation of technology and knowledge. We can increase the productivity of crops if we work using a coordinated approach. Example, we are not able to export 80% of our oranges due to their small size; such problems can be solved by working jointly.” The Minister said that once we understand water, land, soil and climate and the interactions  among them, we will be able to improve our performance.

Minister suggested that the private sector has to be roped in when the capacities of government labs are not enough. “Since we were facing shortage of orange saplings, I suggested that private nurseries can be roped in to meet the supply gap, provided they follow rules suggested by ICAR”.

The Minister emphasized on the need for sharing of knowledge, so that its potential is fully realized. “Sometimes, government systems fail to motivate organisations to share knowledge that they have. Knowledge should be shared and its impact audited. Not just financial audit, performance audit too is important.” Shri Gadkari gave the example of how lithium ion battery technology mastered by ISRO was not timely availed by Automotive Research Association of India, as an example of how we can do better if we improve our systems for coordination and collaboration.

The Minister highlighted the need for adopting new technologies and research practices. He narrated how the Ministry of Road Transport and Highways is making concrete roads without using aggregate, using the technique of soil stabilization. This technique was recently used in Andaman, he informed. He gave another example of organic carbon. “We know that organic carbon is important in increasing the productivity of maize, but we need to learn how to increase the extent of organic carbon in our land. For example, whether land quality standards will change by spraying chemicals using drones.”

Acknowledging the contribution of the National Bureau of Soil Survey and Land Use Planning, Nagpur for the development of the nation, the Minister highlighted that we need to improve the productivity of the agriculture sector, on which the majority of the population depends. “We need to take our agricultural growth rate to at least 22%. Then we will have Aatma Nirbhar villages, smart villages. This will thus benefit villages, farmers and the poor; new jobs, schools, hospitals, agro-based industries and irrigation facilities will come up in rural areas, transforming our villages.”

The NBSS&LUP is headquartered in Nagpur and is one among the chain of ICAR Institutes. In line with the recommendations of the Task Force on Land and Soil Resources (1972) which suggested the need for soil correlation, uniform nomenclature and proper soil mapping and also the presidential notification on December 15, 1973, the duties with respect to research, training, correlation, classification, mapping and interpretation were allotted to the NBSS&LUP.