Officers will have to prepare a new training module 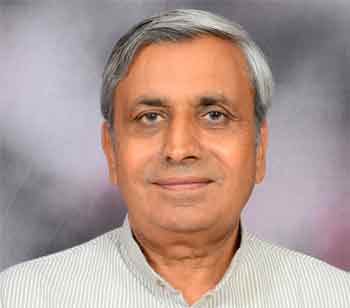 INVC NEWS
Chandigarh,
Haryana Agriculture and Farmers’ Welfare Minister, Sh. JP Dalal said that it is very important for farmers to be educated. The authorities will have to pay special attention to this subject. If the farmers are educated and aware only then will they move forward on the path of progress and the state and the country will be prosperous. He called upon the officers of the Agriculture Department to conduct special campaigns on the use of fertilizers for informing the farmers. He was addressing the State Level Officers' Conference and one day programme on brainstorming session in Jind today.

Additional Chief Secretary, Haryana Agriculture and Farmers’ Welfare Department, Dr. Sumita Misra directed the concerned officers to prepare a vision document and implement this document during this financial year so that correct information is provided to the farmers in a timely manner. With this farmers will get direct benefit and will understand the working of the department.

Dr. Misra reviewed the welfare schemes implemented by the government for the welfare of farmers and said that officers will have to prepare a new training module to be introduced to new methods, in which time as well as money can be put to proper use.

She directed the officers to make sincere efforts on schemes like CRM, IECs, and Soil Health Card for the benefit of farmers. She called upon the officers to increase efforts with regard to implementation of the ‘Meri Fasal Mera Byora’ scheme.

During the programme, Dr. Hardeep Singh directed the officers to initiate maximum projects for conservation of natural resources and try to deliver them to the farmers in the correct way so that the farmers can benefit from it.

During the programme, Deputy Commissioner, Jind, Dr. Aditya Dahiya assured the Additional Chief Secretary that the entire benefit of the schemes being run by the Agriculture Department in the district for the welfare of farmers is being delivered to the farmers in every situation and also in future more efforts will be made for the betterment of farmers. Also present on the occasion were Director, Hameti, Dr. Karm Chand among others.