NTPC Bans 'Single Use Plastic’ in all its premises 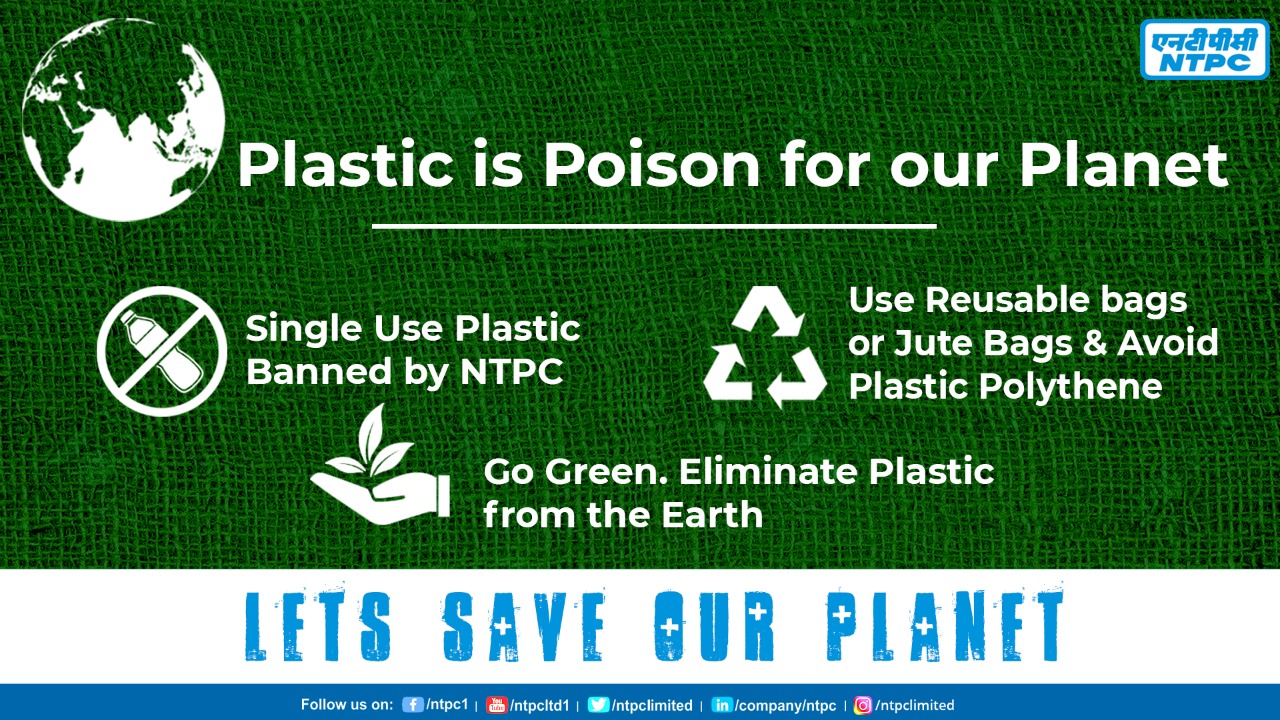 INVC NEWS
Chandigarh,
In line with the government's vision for a cleaner and greener environment, NTPC Ltd,  India’s largest power Generation Company, has introduced a  complete ban on single use plastic across all its locations including the power stations, offices and residential townships.

Further, to reduce use of plastic, the company is encouraging its employees to carry reusable or jute bags which has been provided to them for their daily purpose. On the eve of the birth anniversary of Father of the Nation Mahatma Gandhi, Shri Gurdeep Singh, CMD, NTPC, emphasised, “on the need to bring out a policy and action plan to implement ‘Integrated Plastic Waste Management’ in NTPC”.

The company has released a short film against single-use plastic across its social media platforms.It has also launched a campaign on its internal communication app, Samvaad which is accessed by more than 18,000 employees and their families.

The ‘Say No to plastic’ campaign is aimed to educate NTPC family and all its stakeholders on the harmful impact of single-use plastic on environment and to encourage employees and their families to shun it forever.