North Chennai has been a prominent location since the 16th century due to its proximity to Chennai port. For many decades, the economy of this region revolved around port-related businesses such as fishing, transportation, and logistics. As the city evolved, the economic profile of this region has also developed.

In comparison to the southern and western parts of the city, North Chennai’s real estate market has been relatively stagnant due to the absence of major demand drivers. The underdeveloped infrastructure failed to attract a variety of industries. However, the state government has planned many projects to improve the region’s connectivity with West and South Chennai. As and when these infrastructure initiatives are completed, North Chennai’s economic and real estate profile is also expected to improve.

North Chennai’s economy is mostly driven by industrial and port-related activities. The region boasts of two major ports- Chennai port and Ennore port and a private port in the vicinity, Adani Kattupalli port.

The recent completion of phase 1 of the metro rail has improved North Chennai’s connectivity significantly with South and West Chennai. Corridor 1 of metro rail starts from Chennai Airport and ends at Washermenpet, benefitting the nearby localities such as Washermenpet and George Town. Corridor 2 of metro rail connects St. Thomas Mount to Chennai Central, running through West Chennai. The corridor runs through Kilpauk and Purasaiwakkam localities in North Chennai.

The state government has planned a couple of projects to improve the region’s connectivity and connect it to its economically vibrant southern and western neighbourhoods:

Outer Ring Road (ORR) – With the completion of the remaining stretch from Nemilicherry to Minjur, the project is expected to provide seamless connectivity to North Chennai with West and South Chennai.

Several retail establishments of North Chennai are concentrated in the nearby localities of Central Chennai - Purasaiwakkam, Jamalia, Perambur, Kolathur, and Washermenpet. Some of the prominent malls in the vicinity are Abirami Mega Mall, Spectrum Mall, The Grand Venus Mall, and SKLS Galaxy Mall.

The real estate market of North Chennai has been sluggish and hasn’t grown at the same pace as the southern and western parts of the city.  The lack of major demand drivers such as IT-ITeS and insufficient infrastructure has impeded the growth of real estate in the region. As of Q3 2019, only 4,619 units have been launched in North Chennai since 2015 which is only 6% of the total supply of the city. The region has sold 3,848 units in the last four and a half years which accounts for just 5% of Chennai’s total residential sales.

The market of North Chennai hasn’t been very active, but new launches have recently started gaining momentum. As a result of the increase in new launches, the unsold inventory also peaked in 2018. Currently, the region has nearly 1,975 units available for sale which is approximately 6% of the total unsold inventory of Chennai. 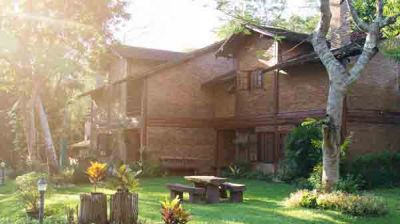 Chennai Leads in Project Completions, Followed by Hyderabad and Bengaluru