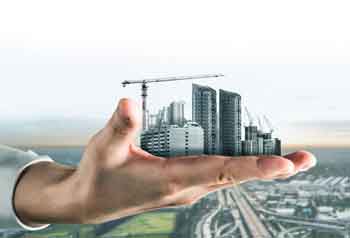 INVC NEWS
New Delhi ,
The Uttar Pradesh government has devised several strategies to attract MNCs, including encouraging a policy of expanding employment chances to professionals and loosening labour rules, among other things. Although these strategies will benefit the entire state, the Noida, Greater Noida, and Yamuna Expressways will profit the most due to their widespread base. PM Narendra Modi laid the foundation stone for Noida International Airport near Jewar, bolstering the chances even more.
“The surroundings provide excellent living options. Any increase in economic activity will boost demand for residential and commercial property throughout the region. Because it is the hub of reasonably priced real estate inventory, the NCR market’s prospects remain bright. Certain neighbourhoods along the expressway’s edge and nearby regions offer tremendous potential. Any rise will benefit sectors with good Metro and Expressway links; the Noida International Airport near Jewar adds to the region’s possibilities, which are projected to see a surge in demand for residential and commercial assets.,” says Ashok Gupta, CMD, Ajnara India Ltd.
Due to the presence of reputable developers and its outstanding connectivity, Noida is already attracting increased interest from buyers. Prices are competitive, and in the following months, an increase of about 15% is expected. “The region offers a high quality of life, making it one of the most sought-after locations. The presence of greenery and overall improvement are indicators of successful land development. Appreciation will vary depending on the developments in the region; for example, luxury projects would appreciate by around 20%, while other projects will appreciate by around 15%,” adds Dhiraj Jain, Director, Mahagun Group.
These high-priced infrastructure projects are often designed to meet the desires of young people who want to be surrounded by luxury. “The age range of 19-35 years has contributed a substantial percentage of India’s real estate market, and this sector is projected to raise the need for higher quality urban infrastructure. Given the demand, if urban infrastructure is delivered in the form of such big-ticket developments, prices will almost certainly rise,” adds Yash Miglani, MD, Migsun Group.
The news of Noida International Airport stood out enough to be recognised, as its versatility would be useful in a variety of situations. “Over the past half-year, this region has seen a price increase of 1-3 percent; the modest increase is due to the pandemic situation. The developments are moving quickly, and it is believed that in a few years, the planned city, which this area is, will be completely equipped for a high-quality lifestyle, and with the government’s emphasis on real estate, the city will be ready for individuals to invest in real estate,” says Saurabh Thakur, SVP – Sales, Spectrum Metro.
Adds Nikhil Anand, Director, Maasters Infra, “The inauguration of an airport always has a rippling effect on the nearby regions in terms of spike in business activities, employment opportunities etc. We expect the commercial real estate will offer attractive avenues of investment, with the growing infrastructure Noida will also establish a competitive advantage over other NCR regions.  This time is therefore ideal for making investments as the returns in long term will be substantial with Airport and Film City becoming operational. Developers are also going the extra mile with their novel offerings such as automated and controlled environment in commercial spaces.”
Individuals consider availability and task quality before making a buying decision. “With the foundation laying of Noida International Airport at Jewar, property here has a great basis, and people are becoming more aware of the space’s latent capacity. The market is now booming because people are drawn here by the promise of a great atmosphere,” adds Dhiraj Bora, Head – Marketing & Communication, Paramount Group.