No outsider will be posted as CEO

Vinod Kumar Yadav, Chairman Railway Board has said restructuring of Railway Board was a long pending reform suggested by many reform committees constituted on Railways.  The reforms as suggested by various committees from time to time including Prakash Tandon Committee (1994) have been largely adopted.  Addressing media persons, Shri Yadav said that the idea of restructuring the Railway Board is to provide cohesiveness and consequently better services to passengers and freight customers.  In the new restructured Railway Board, there will be one CRB/CEO and four members on functional basis Member Infrastructure, Member Rolling Stock & Traction, Member Operation & Business Development and Member Finance.  Independent Members will be inducted in Railway Board as non-executive Members who will be in advisory role.  They will not be involved in day-to-day functioning of Railways. The modalities of restructuring the Railway Board will be decided by alternative mechanism.   Exact number of non-executive Members will be decided by Government.  The idea to unify all eight services of Indian Railways into one service namely Indian Railways Management Service is to break the departmentalism and make officers work in cohesion for the development of Railways.

Shri Yadav said that officers of Indian Railways only will be considered for CEO post and no outsider will be posted as CEO. Secondly career growth of Indian Railways officers is assured.  No officer of Indian Railways shall be at disadvantage in this new restructured service.    He also added that offering apex level to the General Managers is a step to empower them for a better coordination with State authorities to take decisions swiftly and independently.  This will enable Railway Board to concentrate on policy framing, strategic planning and coordination of Zonal Railways.

In last five years, Railways investment has increased 3 to 4 times and projects have been prioritized into supercritical and critical to speed up upgradation of infrastructure. Railways has set a high growth target and to achieve this nimble and cohesive decision-making is the foremost requirement.

We have the potential to become World’s largest and most...

Partnership of EU and India can emerge as a model...

In the post-covid world, tech-enabled governance will play a key... 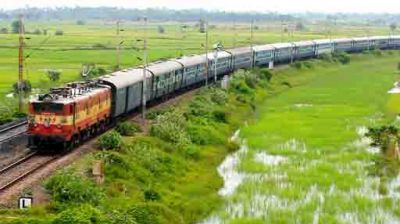 Indian Railways has achieved highest ever scrap sale in Financial...