No outcome at Copenhagen Conference on Climate Change

Total Read - 192        Comments - 11
INVC,, The Copenhagen Accord was not adopted by the Parties, the question of its ratification by Parties does not arise. However, in response to Copenhagen Accord, various countries including India have communicated their quantified emissions targets or domestic mitigation actions as appropriate to UNFCCC Secretariat. India has communicated that its proposed domestic actions are voluntary in nature and will not have a legally binding character. Further these actions will be implemented under the proviso of Art. 4.7 of the UNFCCC. The negotiations at Copenhagen Climate Change Conference could not reach an outcome, as mandated by the Bali Action Plan, in December 2007. At Copenhagen, it was decided that negotiations under the Adhoc Working Group on Long Term Cooperative Action (AWG-LCA) and Adhoc Working Group on Kyoto Protocol (AWG-KP) would continue for another year and reach a conclusion at the 16th Conference of Parties in December 2010. However at Copenhagen, few Parties including India participated in an informal discussion at the initiative of COP President that produced a text called ‘Copenhagen Accord’. The Accord could not be adopted by Parties and was only ‘noted’ by them. India’s stand adopted during Copenhagen Conference is consistent with the principles and provisions of the Bali Action Plan. India has agreed that the mitigation actions of developing countries will be voluntary in nature and will not be result of a legally binding agreement. This information was given by the Minister of State for Environment and Forests (independent charge) Shri Jairam Ramesh in a written reply to a question by Shri. Gurudas Dasgupta, Sharad Yadav, Mangani Lal Mandal, P.Lingam, Ganesh Singh and K.J.S.P. Reddy in Lok Sabha,,

India will lead from the front and move the world 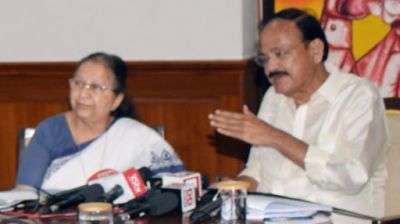 Appeal to MPs for contribute in Kerala flood relief

Modi government must revisit its stand on Sikh genocide :...

CIL has planned to gradually increase its annual production of...

Must Read Contribution... The article is definitely commended by me....

Also in the news... I'm sure there was a story on The Daily Mail on this concern....

Close to being spot on... Right on the same brainwave I had, well done....

Mitigate your losses... Would have rather let my better half wax my eyebrows....

Things that make you go hrmm... Ever mull over where to go to for a weekend and end up doing nothing but wishing you had....

Dreary Day... It was a dreary day here today, so I just took to piddeling around online and found...

Yahoo results... While browsing Yahoo I discovered this page in the results and I didn't think it fit...

Get your horse tack!... Not sure if this is the right place (I'm not really good with computers), but left you a trackback for your readers, if they ever need some information about horse tack....

When I open up your Feed it appears to be a lot of nonsense, is the issue on my side?

It should raise the bar as if I'm looking for a quick recovery.

Hey, I just hopped over to your site via StumbleUpon. Not somthing I would normally read, but I liked your thoughts none the less. Thanks for making something worth reading.