No new agenda should be introduced at this late hour : Prakash Javadekar

INVC NEWS Luxembourg , Reacting to suggestions from some countries that “Annexes” should not be reflected in the new agreement as INDCs will themselves result in differentiation through self-differentiation, Minister of State (Independent Charge) of Environment, Forest and Climate Change, Shri Prakash Javadekar has cautioned the developed world that for the success of Paris and for giving a chance to the action under NDCs, no new agenda should be introduced at this late hour. Shri Javadekar was making an intervention at the Major Economies Forum on Energy and Climate Change at Luxembourg today. Shri Javadekar argued that we should not forget that what will lapse is the Kyoto Protocol and not the UNFCCC. ‘We should not try to rewrite the Convention. Annexes are part of the Convention’s basic structure stemming from historical responsibility of countries’, he said. He appealed to let Paris be an event for celebration of a universal, yet differentiated new agreement, where every country takes action which it determines on its own. Such collective action will address the challenge of climate change. Earlier many countries were not mandated to take any action. The new ‘climate awareness’ made all countries commit to some action. The World moved forward when it decided in Durban that every country will take action on Climate front. In Warsaw, it was decided that countries will formulate their INDCs. Each country will chalk out its actions as per its capacity, available resources and support. “Nationally Determined Contribution” concept has a far reaching impact for mitigating the challenge of Climate Change. This will lead to a better world as it is an evolved mechanism and not a forced one. 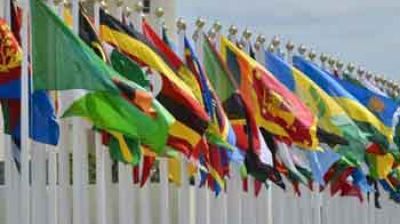 Cover decisions of COP26 should remain within the confines of... 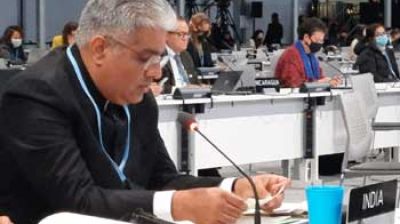 Decisions particularly on climate finance and Article 6 can significantly...