New Delhi, Nucleus Vision, an Indian blockchain company, has today announced the first edition of the International Blockchain Congress (IBC) to be held at Hyderabad, on August 3 and 4, 2018. This 2-day conference will be one of the world’s largest industry-regulator blockchain conference. The conference is co-hosted by NITI Aayog, Govt.of India, and the state governments of Telangana and Goa. The conference is the first of many efforts to transform India into a global blockchain powerhouse.

The event will see up to 2,000 blockchain enthusiasts, 100+ industry leaders, as well as government delegates. The event is aimed at bringing thought-provoking conversations on blockchain for enterprises, next-generation financial services, developing blockchain applications and blockchain technologies for government and regulations. There is a great need for a connect between industry and blockchain innovators. The world is coming to grips with this disruptive technology, and India has a great opportunity to be a leader in this space. But industry alone cannot achieve it. Hence industry and government have to come together on single platform to leverage the power of the blockchain. Telangana government’s Shri KT Rama Rao said, “The state of Telangana has always been a flag bearer of technology in the country and had been at the forefront of adopting disruptive technological advancements. Continuing this tradition, we have also been deeply involved in Blockchain development and have been fostering a powerful support ecosystem in the state. We are proud to co-host this momentous event in the city of Hyderabad and look forward to interacting with global innovators to create a powerful blockchain ecosystem with its epicenter in the state of Telangana.” IBC 2018 will feature the world's leading blockchain thought leaders, policy makers, industrialists, VCs, and blockchain technologists on a single platform. The conference will highlight the latest and upcoming trends in the blockchain industry, provide an opportunity to meet industry leaders, network with like-minded people and explore collaboration opportunities. On this occasion, Founder and CEO of Nucleus Vision Abhishek Pitti said With each passing day we’re getting closer and closer to a decentralized world powered by the blockchain. The blockchain will affect every facet of our lives and, because of this, the time has come for technological innovators to work together with regulatory bodies and governments and the International Blockchain Congress is a huge leap in this direction. We believe that this is the start of creating the world’s most vibrant blockchain ecosystem, right here in India.
Read the full article
Tags: Founder and CEO of Nucleus Vision Abhishek Pitti International Blockchain Congress 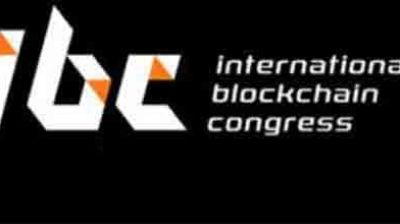