The Commerce and Industry Minister, Smt. Nirmala Sitharaman visited Sri Lanka on September 26-27, 2016 with the objective of enhancing and deepening bilateral trade and investment relations.  She discussed various bilateral trade and investment issues with Hon’ble Prime Minister of Sri Lanka over an official dinner hosted in her honour. During the visit, a meeting of the India-Sri Lanka Business Forum was held which was attended by the Commerce and Industry Minister and Mr Malik Samarawickrama, Minister of Development Strategies and International Trade of Sri Lanka. Many issues relating to trade, services and investment were highlighted and it was agreed that their resolution be explored. The Commerce and Industry Minister also suggested that the meeting of the reconstituted India-Sri Lanka CEO Forum be held at the earliest. The Commerce and Industry Minister also had a bilateral meeting with a high level Sri Lankan delegation led by Minister of Development Strategies and International Trade of Sri Lanka. The Sri Lankan delegation also included other Sri Lankan Ministers namely Mr Nimal Siripala de Silva, Minister of Transport and Civil Aviation, Mr Rishad Bathiudeen, Minister of Industry and Commerce, Mr Sujeewa Senasinghe, State Minister of International Trade, Mr Ajith P. Perera, Deputy Minister for Power and Renewable Energy and Ms Anoma Gamage, Deputy Minister of Petroleum Resources Development. The leaders expressed satisfaction on the progress of the proposed Economic and Technology Co-operation Agreement (ETCA) between India and Sri Lanka. It was noted that the Second Round of negotiations for the ETCA is scheduled to take place in New Delhi on September 29-30, 2016. The leaders also discussed several other issues related to bilateral trade and investment. The deliberations were extremely cordial and marked by a spirit of mutual respect and understating that characterizes the strong and vibrant relations between the two countries. The visit has emphasised the importance of Sri Lanka as an important trading and investment partner for India and would help in further deepening the existing bilateral relations.
Read the full article
Tags: Nirmala Sitharaman Nirmala Sitharaman visits Sri Lanka to enhance bilateral trade and investment relations Nirmala Sitharaman visited Sri Lanka India-Sri Lanka Business Forum 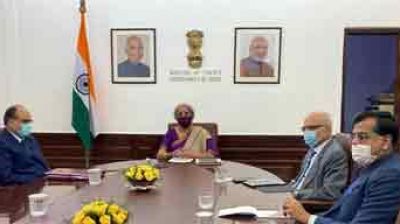 Farmers’ Welfare and Rural India as part of inclusive development...

Budget proposals will further strengthen the Sankalp of Nation First 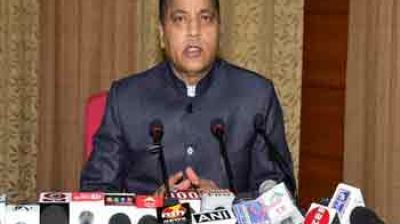 Budget is inclusive, comprehensive and ambitious