Total Read - 178        Comments - 0
INVC NEWS New Delhi, An analysis of the corporate sector based on two separate data sets of listed, and public limited and private limited non-government non-financial companies is contained in the Reserve Bank of India’s June 2015 Financial Stability Report. The Report indicates that the proportion of leveraged companies declined in the sample of listed companies. Further, it indicates that the profitability of both public and private limited companies, in general, improved in 2014-15, while the leverage ratios indicated increasing trends. Debt servicing capacity, however, improved for private limited companies whereas it remained almost the same in case of public limited companies. Government has taken various steps to address difficulties faced by various sectors. For example, import duty for steel products was increased, additional safeguard duty was imposed and a minimum import price was stipulated; for stalled projects in the case of road sector, provisions were made to substitute ‘concessionaire’ at the instance of lenders through approval by National Highways Authority of India (NHAI) to provide exit even during construction period, concessionaires were also permitted to divest 100 per cent equity two years after commercial operational date (COD), NHAI would intervene with one time fund infusion in languishing projects affected by lack of funds so that they could be completed, premium recast of several distressed road projects were also approved by NHAI; for the power sector, a scheme [Ujwal DISCOM Assurance Yojana (UDAY)] to strengthen the financial and operational aspects of distribution companies (Discoms) was introduced. Government has also put in place a new framework aimed at more efficient resolution of corporate insolvencies, in the form of Insolvency and Bankruptcy Code, 2016. Reserve Bank of India has issued guidelines to address the issue of banks’ exposure to large borrowers. This was stated by Shri Arjun Ram Meghwal, Minister of State for Corporate Affairs
Read the full article
Tags: National Highways Authority of India NHAI Arjun Ram Meghwal NHAI would intervene with one time fund infusion in languishing projects affected by lack of funds 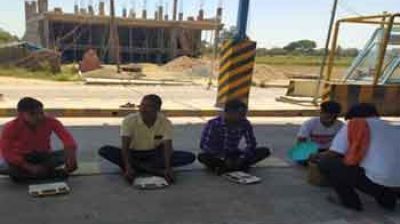 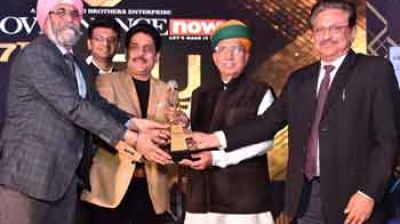