New Zealand is important bridge between the two nations 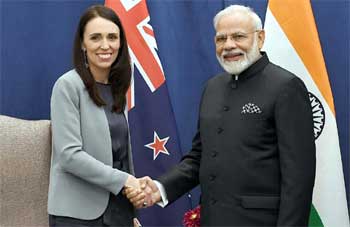 Both leaders reviewed the state of bilateral relations and discussed steps to intensify political, economic, defence, security and people to people relations. They recalled their earlier meeting in November 2017 in Manila and noted that following the visit of former Prime Minister of New Zealand to India in October 2016, new institutional mechanisms have been instituted, which has substantially enhanced the bilateral relationship. PM Modi thanked PM Ardern for accepting his invitation to participate in the event "Relevance of Gandhi in the contemporary Times” held on the sidelines of UNGA on 24 September 2019.

The New Zealand PM informed PM Modi about their New strategic paper "India 2022- Investing in the relationship”, which is a continuation of the NZ Inc. India Strategy 2011. PM Ardern noted that Indian diaspora and students in New Zealand is important bridge between the two nations and contributing to bonds of friendship between the two countries.

They also discussed the global and regional issues of mutual interest, including the issue of international terrorism and appreciated the convergence of views between the two countries on this issue. Both countries have strongly condemned and extended support to each other following the Pulwama and Christchurch terror attacks. India had also supported the joint New Zealand French initiative on Christchurch Call of Action. 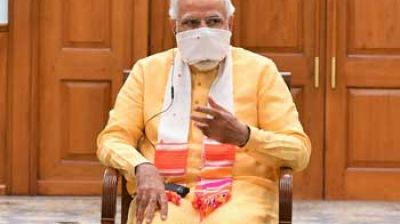