New rail lines are being laid

In 2018-19 (up to 05.08.2018), Coal India Limited (CIL) dispatched 167.86 MT (provisional) coal to Power Sector, thereby achieving a growth of 15% over the dispatch in the corresponding period of last year. The growth in dispatch of coal to Power Sector has helped coal based generation to achieve positive growth of 5.3% and 101.3% of the programme in the 1st Quarter of 2018-19. The coal stock at power plants depends on a number of factors like availability of suitable coal transport arrangement, payment of outstanding dues of the coal company, scheduling of power depending on merit order dispatch position of the plants etc. Moreover, in order to meet the power demand, many generating companies have opted to divert coal to the more cost efficient power plants under the provisions of Flexible Utilization of Domestic Coal Policy (June, 2016).

In the first quarter of 2017-18, some power plants regulated coal intake due to low demand for power generation and preferred to consume coal from their stock. In the second quarter of 2017-18, there was a sudden spurt in demand for thermal power, arising out of drop in generation from other sources which gave sudden rise in coal demand at the Power House end which were receiving coal from Coal Companies including Mahanadi Coalfields Limited (MCL) and several Eastern Coalfields.

The progress of production and off-take of CIL is monitored and reviewed on a regular basis. New rail lines are being laid for smooth evacuation of increased coal production from the mines of growing coalfields of South Eastern Coalfields Limited (SECL), MCL and Central Coalfields Limited (CCL). Further, coal supplies to Power sector is monitored regularly by an Inter-Ministerial Sub Group comprising representatives of Ministries of Power, Coal, Railways, Shipping, CEA, NITI Aayog, CIL etc. A committee of Secretary (Coal), Secretary (Power) and Member (Traffic), Railway Board has also been jointly reviewing the coal transportation and supply on a regular basis.

This information was given by the Minister of Railways, Coal, Finance & Corporate Affairs, Shri Piyush Goyal 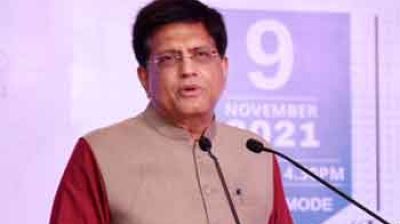