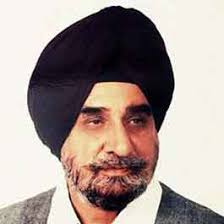 ​The Higher Education Minister, Mr. Tript Rajinder Singh Bajwa expressed grave concern at the draft of the new Education policy released by the Union Government. Addressing a seminar organized by the Joint Action Committee (JAC) of the un-aided colleges, the minister said that the ​​new education policy if implemented would pose a challenge to the Multicultural, Multilingual environment of the country. He further said that though the policy reiterates India as a Democratic Republic with Justice and Equal Opportunities for everybody but the word ‘Secular’ has been omitted which is a cause of concern for the religious and linguistic minorities of the country.

Mr. Bajwa also added that the new policy is being imposed as part of a conspiracy to downgrade Punjabis. He also said that the draft of the policy is printed in each language of the country except Punjabi. The new policy advocates centralization of every aspect of education which would take the education sector out of the ambit of the States. He further said that each state has different needs in the academic sector depending upon their own culture and language but this aspect would be negated with the new policy.

Mr. Bajwa called upon the other states also to raise their voice against this new education policy so as to save the regional languages and cultures.

Giving his suggestions regarding the new education policy, the minister said that the new policy must be pro-poor and strengthening the Government Institutions sans any restrictions with special emphasis on the teaching about social causes.

The minister also elaborated that the Punjab Government would continue to strive for removing the anomalies in the new policy under the leadership of the Chief Minister, Captain Amarinder Singh. He exhorted the academicians of the State to send their suggestions in writing about the loopholes of the new policy which would be compiled into a draft and discussed with the Chief Minister before taking it up emphatically with the Union Government.

On the occasion, the minister also appealed to the private educational institutions to make youth capable of employment in tune with the changing trends at National and International level by imparting quality education instead of commercialisation of education.