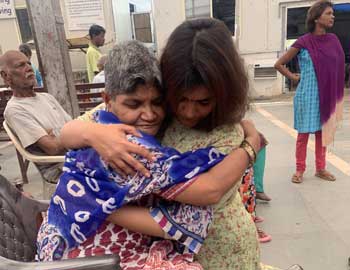 A Camp for distribution of aids and assistive devices to ‘Divyangjan’ under the ADIP Scheme and to Senior citizens under ‘RashtriyaVayoshriYojana’ (RVY Scheme) of the Ministry of Social Justice and Empowerment, Government of India was organized by the Department of Empowerment of Persons with Disabilities (DEPwD) in association with ALIMCO and District Administration Chhatarpur at 12 Noon on 13.02.2022 at Government Higher Secondary School, No.1, Chhatarpur in Madhya Pradesh.

Chief guest of function Dr. Virendra Kumar,Union Minister for Social Justice and Empower inaugurated the camp and also launch ‘An Integrated Mobile Service Delivery Van’ whichhas  been developed by the ALIMCO to provide “After Sale Service” and undertaking awareness campaign  on use of Aids and Assistive devices  and offering in-situ repairs/ correction /adjustment and fitting of Prosthetics and orthotics devices at the destination for the Aids and Assistive devices being distributed under the ADIP/RVY Scheme of Govt. of India, in Districts where distribution of aids and assistive devices has been done in recent past to Divyangjans and Senior Citizens. Shri Pradumn Singh Lodhi, Chairman Madhya Pradesh State Civil Supplies Corporation Ltd. and MLA, Badamalhera, Madhya Pradesh presided over the function.

Total 5286 aids and assistive devices worth of Rs.2.42 Crore are be distributed free of cost to 1391 Divyangjan and 553 Senior Citizens at Block/Panchayat levels by following the SOP prepared by the Department in view of  COVID-19 Pandemic.

Union minister for Social Justice and Empowerment Dr. Virendra Kumar said that under the leadership and guidance of Hon’ble Prime Minister central Government has implemented various welfare schemes for developing an inclusive society and empowerment of persons with disabilities and senior citizens of the country. Informing about the work done in last seven years by Ministry, Union Minister said that new Act i.e Right to Person with Disability Act 2016 implemented by government to provide greater rights and entitlements to PwDs by envisioning an inclusive and enabling environment.

Union Minister emphasised on Skill training programme for empowerment of Divyangjan and bringing them in the mainstream of society for overall development of the country. Minister added that 4459 Divyangjan have been imparted Skill Training  in the State of Madhya Pradesh for value of worth Rs.3.71 crore. Informing about various initiatives taken for Divyangjan Union Minister mentioned that 709 Railway stations, 8442 Buses and 698 websites have been covered under Sugamya Bharat Abhiyan. He informed that Rs.9.73 crore have been released to make 31 Government buildings in Madhya Pradesh accessible under the Accessible India campaign. Looking at the interest towards the sports among the Divyangjan of the country and their good performance in Paralympics, the Ministry has decided to establish ‘Divyangta Khel Kendra’ in different part of country out of which Gwalior City is identified to open one of such facility. For establishment of National Mental Health Rehabilitation Center in Sehoreand Centre for Disability Sports at Gwalior,   work on both the projects has already been started by CPWD.

Among the high end products which were distributed in the camp includes 147 Battery operated Motorised Tricycles to the eligible orthopedically impaired Divyangjan under ADIP scheme. The cost of one motorised tricycle is Rs.37000/- each out of which Rs.25,000/- is covered under the subsidy provided under ADIP scheme and balance amount was contributed by Union Minister Dr. Virendra Kumar’s MP LAD fund.

Aids and appliances, Teaching Learning Material Kits will be distributed to eligible beneficiaries