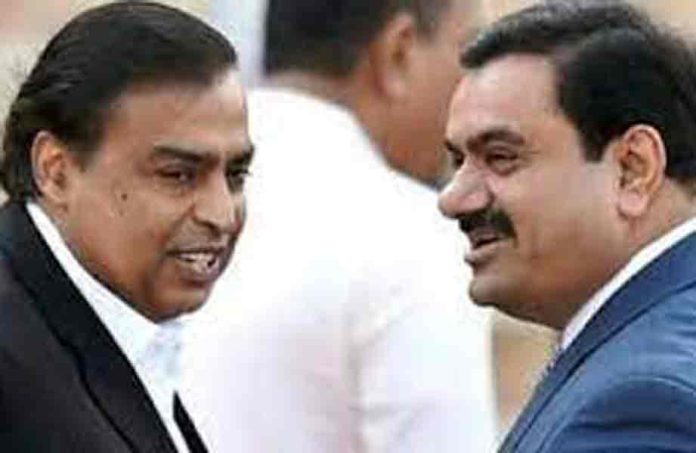 Indian industrialists Gautam Adani and Mukesh Ambani, who have made their presence felt in the list of top-10 rich people of the world for a long time, have suffered huge losses in the last 24 hours. Due to this, the net worth of both the nobles has come down to below $100 billion. At the same time, there is a gap of one notch between these two.

Reliance Industries Chairman Mukesh Ambani has suffered a loss of $ 1.82 billion. After this decline, Ambani’s wealth has come down to $ 99.3 billion. Mukesh Ambani again became the richest person in Asia on the strength of the rise in Reliance’s shares in the past. Although his dominance continues, his net worth has again declined. At present, Ambani has come to the eighth position in the list of top rich.

Gautam Adani, the second Indian industrialist in the list of top-10 billionaires, has earned a lot since the beginning of this year, beating the other rich in the world, but his wealth has been seeing a steady decline for some time now. The loss to Adani can be gauged from the fact that till April, he was at the fifth position among the top-10 rich and has now slipped to the ninth position. PLC/GT

Upriver expands its horizon to Nepal