Total Read - 25        Comments - 32
INVC,, The First Joint Steering Committee for cooperation in Power Sector between India and Bangladesh was held today in New Delhi under the co-Chairmanship of Secretaries of Power from the two countries. The meeting headed by Shri. H S Brahma on Indian side and Mohd. Abul Kalam Azad on the Bangladesh side discussed grid inter-connection between India and Bangladesh as well as co-operation between NTPC and BPDB. The Joint Technical Team of Power Grid Corporation of India Limited (PGCIL) and Bangladesh Power Developed Board (BPDB) & Power Grid Company of Bangladesh (PGCB) have worked out a tentative cost estimate for grid inter-connection which is approximately Rs.869.21 crore out of which, Rs.708.88 crore is for the Bangladesh portion and Rs.160.33 crore for the Indian portion. The PGCIL will finance for the work to be done on the Indian side. Bangladesh has requested PGCIL to act as a consultant on a nomination basis to assist in project execution since the work related to HVDC is being done for the first time in Bangladesh. The cost of consultancy will be borne by Government of Bangladesh. It was decided that PGCIL should associate the engineers of PGCB in execution of the project to gain experience. Following areas were identified for cooperation between BPDB and NTPC: a) Preparation of Feasibility Report for two Coal fired Power Projects (at Khulna and Chittagong, approximate 1320 MW each). NTPC will be offered to develop one of these projects in Joint Venture with BPDB. b) NTPC will be offered to carry out technical assessment for BPDB’s old thermal power stations for efficiency improvement and renovation & modernization. c) NTPC to provide training to power professionals from BPDB for their development. To start with BPDP could consider using the existing training modules of NTPC and depute some of their professional for development. Simultaneously , a long term plan shall be prepared by NTPC for BPDB to utilize NTPC training facilities through tailor-made programmes to be organized by NTPC in India/Bangladesh. d) To immediately start cooperation between the two companies, NTPC suggested to take up the O&M of Power Stations in Bangladesh on nomination, on cost plus basis. It was agreed that a Joint Technical Team shall be constituted with equal representation from NTPC and BPDP within a week to firm up the detailed modalities and framework for cooperation in the above areas. Interacting with media on the sidelines of the meeting, Shri H S Brahama, Secretary(Power), Government of India stated that about 250 MW power supply from Indian National Grid can take place through the proposed inter-connector between the two countries. He said that Government of Bangladesh / BPDB could explore possibilities of sourcing the power from IPPs / Merchant plants subject to the prevailing policies of both the Governments
Read the full article
Tags: Add new tag joint steering committee grid inter-connectivity NTPC BPDB. Power Grid Corporation of India Limited India- Bangladesh invc Cooperation in Power 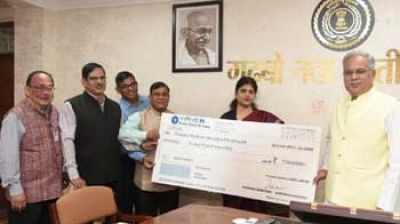 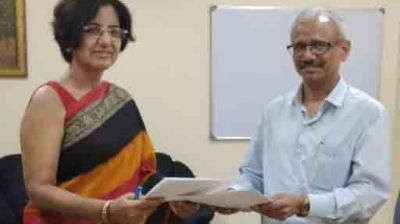 Impatient... I can not wait for a vacation, but in the interim, I scanned these insightful words....

Consider some changes... You might think about playing devil's advocate from time to time....

More context needed... It would be swell if you could make note of a few related websites for additional detail....

Not exactly trending... Not as news worthy as Tendulkar, but awesome anyway....

Waiting is hard... I cannot wait for the weekend, but in the mean time, I enjoyed the blog....

Tumblr article... I saw a writer talking about this on Tumblr and it linked to...

Wow..... I truly appreciate this post. I have been looking all over for this! Thank goodness I found it on Bing. You've made my day! Thx again! "One never goes so far as when one doesn't know where one is going." by Johann Wolfgang von Goethe....

You have written it fantastically. Thanks.

What I want to know is why I should care? I mean, not to say that what youve got to say isnt important, but I mean, its so generic. Everyones talking about this man. Give us something more, something that we can get behind so we can feel as passionately about it as you do.

What would we all do without the presence of the brilliant thoughts you share on this web site? Who else has got the perseverance to deal with essential topics in the interest of common subscribers like me? I and my pals are very lucky to have your web site among the types we usually visit. It is hoped you know how considerably we get pleasure from your effort! Best wishes through us all.

I cannot thank you sufficiently for the blogposts on your site. I know you put a lot of time and energy into these and really hope you know how considerably I appreciate it. I hope I am able to do precisely the same for another individual sometime.

You made various fine points there. I did a search on the matter and found the majority of folks will go along with with your blog.

You should really moderate the responses on this website

I am frequently interested in somebody to trade article content together with, I am a undergraduate and possess a web site right here on our university internet site. The topic of this weblog and writting style would go great in a few of my category's, inform me if you are up for this.

This article was extremely interesting, especially since I was searching for thoughts on this subject last Thursday.

Anyhoo,pay attention because you just may learn something from this column.

I have been just analyzing this post it is quite well written, My organization is looking around through the internet trying to find out the correct way to do this blog thing and your site happens to be quite professional.

My sister actually told me quite the same and I first couldn't understand it. Now it is much more clear to me =)

Hey, I just hopped over to your site via StumbleUpon. Not somthing I would normally read, but I liked your thoughts none the less. Thanks for making something worth reading.

Looks like I'm going to need to do some more research but this was a pretty good place to start.

This is without a doubt among the more interesting websites I've seen. It is so easy to get jaded, but there is really some great stuff out there, and I feel your place is really one of the few!

interesting site. I'm so happy I wandered onto it through google, I'm going to definitely have to add another one to the blogroll...

I usually submit my phishing scams to Phishtrackers(dot)com many seem to get listed in google so others find out about the fraud.

Recently I published my personal e-mail address on a discussion board and began to receive numerous phishing emails I report them to the phishtrackers website this can help other people identify the scams.

Thank you for sharing this information.