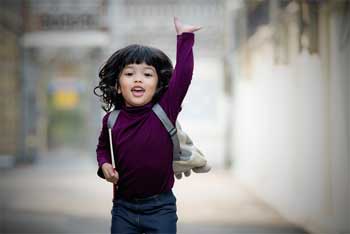 Ministry of Defence (MoD) has approved setting up of 21 new Sainik Schools, in partnership with NGOs/private schools/State Governments. These schools will be set up in the initial round of the Government’s initiative of setting up of 100 new Sainik schools across the country in partnership mode. They will be distinct from the existing Sainik Schools.

The objectives behind Prime Minister Shri Narendra Modi’s vision of setting up of 100 new Sainik Schools is to provide quality education to the students in tune with National Education Policy and give them better career opportunities, including joining the Armed Forces. It also gives an opportunity to the private sector to work hand-in-hand with the Government towards nation building by refining today’s youth to become responsible citizens of tomorrow.

These new Sainik Schools, besides their affiliation to respective education boards, will function under the aegis of Sainik Schools Society and will follow the Rules and Regulations for new Sainik schools in partnership mode prescribed by the Society. In addition to their regular affiliated board curriculum, they will also impart education of Academic PLUS curriculum to the students of Sainik school pattern. Details pertaining to the modalities of operation of these schools are available at www.sainikschool.ncog.gov.in.Willing students and parents are invited to visit the web portal and take advantage of this novel opportunity.

(A) Entry to new Sainik School pattern in these schools will be at class VI level only on the following lines.

(B) Candidates qualified in All India Sainik Schools Entrance Examination -2022 are being informed at their registered email id with NTA, regarding opening of new approved Sainik Schools and the procedure for applying in these Schools. Such qualified candidates willing to take admission in new approvedschool of their choice will have to register themselves fore-counseling athttps:/sainikschool.ncog.gov.in.Students will have to use their AISSEE -2022 application number for logging in and registering at the web portal after which the applicant student can indicate choice of upto 10 schools in order of priority for e-counseling.Schools will be allotted to registered applicants in order of the merit list for each school to the extent of seats to be filled in that school by the AISSEE 2022 qualified candidates. Qualified candidates of AISSEE 2022 willing to join new Sainik Schools are advised to check web portal regularly for all latest updates on e-counseling.

(C) For the students already enrolled in the new Sainik School and desirous of studying under this vertical of new Sainik Schools,admission will be provided on the basis of a qualifying test tobe conductedshortly. The new Sainik Schools are being notified about the same separately to collect and provide details of such willing candidates,within the prescribed timelines,to the test conducting agency, details of which will also be available at the web portal https:/sainikschool.ncog.gov.in.

Academic session for approved New Sainik Schools is likely to commence in first week of May 2022. Indicative timelines can be seen at web portal https:/sainikschool.ncog.gov.in.

Portal for inviting applications for remaining new Sainik Schools for consideration in the next round is likely to be re-opened in the first week of April 2022. Willing schools/NGOs may go through the QRs, MoA and Rules & Regulations for the new Sainik schools in partnership mode which are available on the web portal. Schools /NGOs/Trusts/Societies etc. who have already registered and applied during first round need not apply afresh or pay registration fee again. However, such earlier registered applicants may go through the QRs, Rules and Regulations and MoA and update their data on web portal, with fresh inputs, if any.

The number of Ramsar wetland Sites in India has gone up to 75, out of which 50 were added in the last 8 years...