INVC NEWS New Delhi , The Vice President of India Shri M. Venkiah Naidu will confer the “Vayoshreshtha Samman-2018” on the eminent senior citizens and institutions in recognition of their services towards the cause of the elderly persons on the occasion of ‘International Day of older Persons’ at a function organized by the Ministry of Social Justice and Empowerment on 1st October, 2018 (Monday) in Vigyan Bhawan, New Delhi. International Day of Older Persons is celebrated every year on 1st October since the year 2005. Union Minister for Social Justice and Empowerment Shri Thaawarchand Gehlot will preside over the function. Ministers of State for Social Justice and Empowerment Shri Krishan Pal Gurjar, Shri Ram das Athawale and Shri Vijay Sampla will also be present. Vayoshreshtha Samman is a Scheme of National Awards instituted by the Ministry of Social Justice & Empowerment (D/o Social Justice & Empowerment) initially in 2005 and upgraded to the status of National Awards in 2013, for institutions involved in rendering distinguished service for the cause of elderly persons especially indigent senior citizens and to eminent citizens in recognition of their service/achievements.  These awards are presented as part of the celebration of the International Day of Older Persons (IDOP) on 1st October. The National Awards are intended to show case the Government's concern for senior citizens and its commitment towards them with the aim of strengthening their legitimate place in the society.  It is also intended to provide an opportunity to the younger generation to understand the contribution of the elderly in building of the society and the nation.  The awards are intended to be conferred on eminent senior citizens and institutions involved in rendering distinguished services for the cause of elderly persons especially indigent senior citizens.  The recipients are drawn from diverse fields.  The Awards are given to institutions/organisations/individuals from any part of the country.  Nominations are invited from Governmental and Non-Governmental Agencies. As per the Scheme, nominations are invited from Ministries/Departments of the Government of India and their autonomous organisations; State Governments/UT Administrations; past recipients of Padma Award; Vayoshreshtha Samman and other National Awards in both individual and institutional categories; Members of the National Council for Senior Citizens; Renowned Apex Chambers like FICCI, CII, ASSOCHAM, NASSCOM, PHDCCI etc.

Target of making India 5 trillion dollar economy could be... 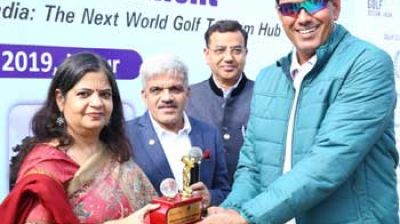