Home Other Indian State News Because of this India is achieving new heights in today’s world: PM 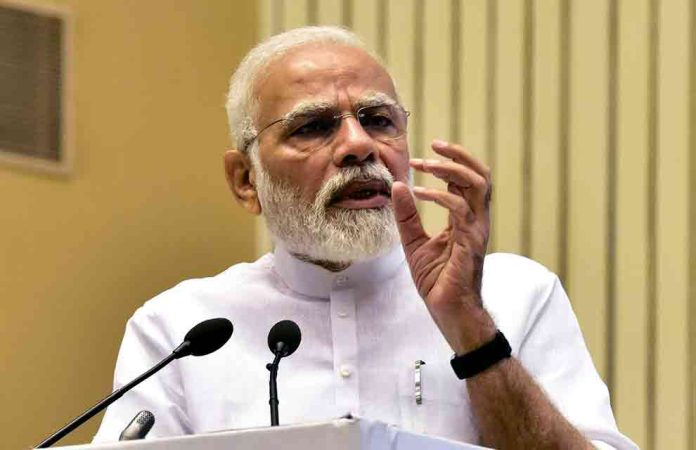 Because of this India is achieving new heights in today’s world: PM

PM Modi said that the winning result of Make in India and Sankalp Se Siddhi is the INS Vikrant which was handed over to the Navy on 2 September. At the same time, just a day later, India has become the fifth largest economy in the world, leaving Britain behind. The Indian economy seems to be fully recovering from the shadow of Corona. Only 4 economy in the world is ahead of India. Prime Minister Modi has also praised the country after India became the fifth largest economy in the world overtaking the United Kingdom. PM Modi said that it is special to achieve this place, because we have left behind those who ruled us for 250 years.

Interacting with the National Teacher Award winners, the Prime Minister praised the nation for breaking free from the shackles of slavery. Highlighting the spirit of Tiranga (Tiranga), the Prime Minister said that because of this India is achieving new heights in today’s world. He said that this feeling is necessary today. Modi said, we have broken the shackles of thousands of years of slavery and now we are not going to stop, we are only going to move forward.

According to International Monetary Fund (IMF) data, India has moved up to the fifth position in the last quarter of 2021. America, China, Japan and Germany are the only countries whose economy is ahead of India. Britain is currently ranked sixth, just behind India. India’s GDP expanded by 13.5 per cent in the April-June quarter, the fastest pace in a year. PLC/GT