New Delhi, Seeking to promote construction activity in urban areas, the Government today decided to substantially reduce the number of approvals and No Objections required for taking up construction projects in urban areas through rationalisation. Ministers and Secretaries of seven related ministers held extensive discussions on the current system of according approvals and the way forward at a meeting convened by the Minister of Urban Development and Housing & Urban Poverty Alleviation Shri M.Venkaiah Naidu. The suggestion of Shri Naidu to ensure all approvals with in 30 days from the date of application formed the basis of discussion. Besides Shri M.Venkaiah Naidu, Civil Aviation Minister Shri P.Ashok Gajapati Raju and Minister of Environment & Forests and Climate Change Shri Prakash Javadekar and Secretaries of Urban Development, HUPA, Civil Aviation, Culture, Defence, Environment & Forests and Climate Change and Consumer Affairs participated in the deliberations that lasted more than an hour. Dr.Nandita Chatterjee, Secretary(HUPA) informed the Ministers that at present 30-50 approvals were required to be taken from central and state governments resulting in an average approval time of 90 – 600 days for construction projects. She said that based on the parameters of Procedures, Cost and Time taken for approvals, India is ranked 182 among 185 countries, adversely impacting investments. Shri Prakash Javadekar has agreed to the suggestion that most of the forest and environment related regulations can be included in the Building Bye-laws for ensuring compliance by the concerned urban local bodies. He also said that his Ministry will soon come out with different guidelines for different plot sizes which could also be similarly incorporated in Development Control Regulations. Shri Javadekar informed that issues relating to Coastal Zone Regulations will also be resolved soon. He further informed that delineation of exact boundaries of 639 ecologically sensitive zones will be speeded up to remove ambiguities that would enable quick approvals. Problems of hill areas in finding land for housing for the poor with most of the land categorized as forest land will also be looked into, assured Shri Javadekar. Civil Aviation Minister Shri Ashok Gajapati Raju agreed that his Ministry will furnish necessary maps and information regarding height restrictions for construction in the funnel zone of all airports to the concerned urban local bodies for necessary action. Secretary, Department of Culture informed that prevailing restrictions for construction near monuments are being revisited and maps for each site will soon be published for the benefit of urban local bodies for according quick approvals. Secretary (Consumer Affairs) said that the National Building Code-2015 will be finalized by September this year with the objective of enabling single window clearance for construction projects. Shri Venkaiah Naidu said that the Government, to the extent possible should enable a mechanism where in only a minimum number of clearences would be required to be taken and the same accorded online in a maximum of 30 days.
Read the full article
Tags: Prakash Javadekar Venkaiah Naidu M. Venkaiah Naidu INVC NEWS New Delhi Naidu suggests a 30-day approval target - Ministers and Secretaries of 7 ministries discuss issues and way forward P.Ashok Gajapati Raju 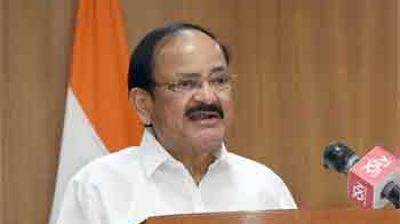 Indian languages ​​have played an important role in keeping the... 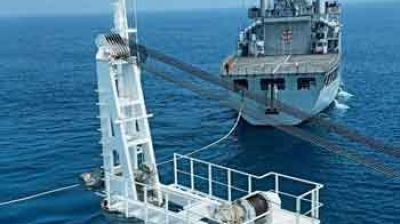 A strong Navy is indeed a prerequisite for the nation's... 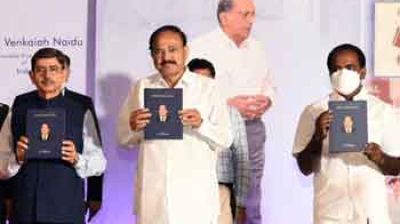