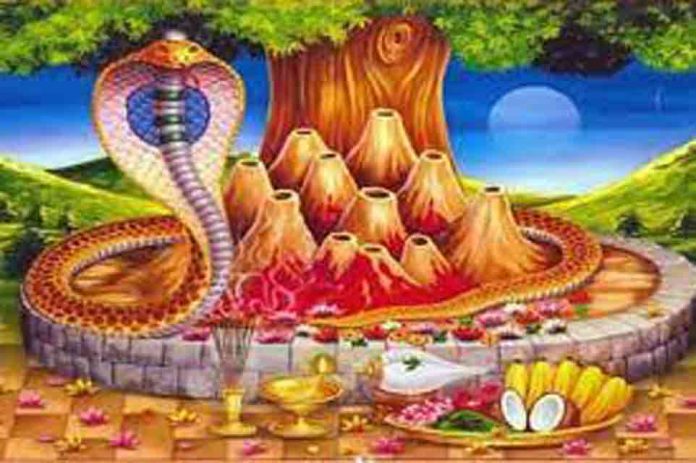 The festival of Nampanchami is celebrated on the fifth day of Shukla Paksha of Shravan month. This time Nagpanchami will come in the witness of Shiva Yoga on Tuesday, August 2. There will also be a coincidence of Ravi Yoga in the evening. According to the belief of Dharmashastra, there is a law to worship Nagdevta on this day.

Ravi Yoga is placed in the category of divine yogas. It is believed that in this yoga, special rituals can be done with a resolution to remove the obstacles. To get the blessings of Nag Devta on Nagpanchami, reciting Mansa Devi Nag Stotra and performing Panchamrit Abhishek to the idol of Nag Devta leads to fulfillment of resolve.

It is considered very special to perform Nagpanchami Kalsarp Puja for the prevention of Kalsarp defects present in the birth chart. Performing Kaal Sarp Puja on this day gives quick results. According to the scriptures, all the pilgrimages in India, rituals are done every day on all those pilgrimages. Shruti Dharma also recognizes and orders its observance. Apart from Nagpanchami, Kalsarp Puja can be performed on both the Panchamis of Krishna Paksha and Shukla Paksha which fall in every month. PLC/GT