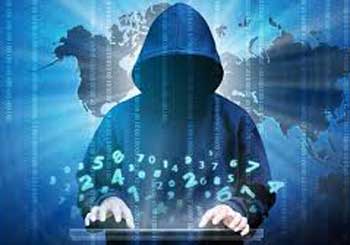 New Delhi,
Union Minister of State for Home, Shri G.Kishan Reddy digitally inaugurated the 21st All India Conference of Directors, Fingerprint Bureau 2020 and also on this occasion inaugurated the eCyber Lab set up by the National Crime Records Bureau (NCRB).

Shri G. Kishan Reddy in his address said Prime Minister, Shri  Narendra Modi’s Government believes in zero tolerance in crime and terror. Under the leadership of Union Home Minister, Shri Amit Shah our aim is to create Crime Free India, he added. Shri G. Kishan Reddy said that the Government does not believe in viewing a crime from the prism of caste, creed, religion or region,as crime is against humanity and peace and the government would never tolerate crimes against women and the downtrodden and will take all measures in ensuring speedy and decisive justice for all victims.

Emphasizing on the importance of fingerprints, Shri Reddy said thata fingerprint is an essential tool because of its uniqueness, permanency, individuality and ease in acquisition. He added that the digitization of records and fingerprint data is an important step forward in documenting and tracking crimes and criminals and expressed his confidence thatthe fully computerized National Automated Fingerprint Identification System (NAFIS) would soon become functional and benefit police forces.

While inaugurating the eCyber Lab set up by NCRB with state of the art cyber forensic tools,Shri Kishan Reddy said the month of October is observed as National Cyber Security Awareness Month and eCyber Lab will provide virtual experience in investigation of cyber crimes.

Director NCRB,  Shri Ramphal Pawar said, NAFIS will be a game changer in investigation of crime . NAFIS will also provide aid to investigating officers in identifying criminals based on their fingerprints on real time basis.

Senior officials of Union Ministry of Home Affairs were also present along with officers of three training centres in Gujarat, Rajasthan and Madhya Pradesh via video-conferencing.

Know what are the Social Problems in North-Eastern Region