Home Business Mukesh Ambani’s silence is surprising the industrialists of all the countries of... 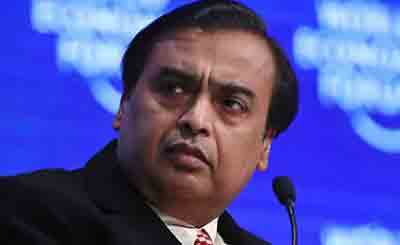 Mukesh Ambani is feeling helpless after reaching number 11 in the list of richest man in the world. Mukesh Ambani did a lot of manipulations to make Narendra Bhai Modi, the Chief Minister of Gujarat, as the Prime Minister. Had also invested heavily. After becoming the Prime Minister, because of Modi’s inclination on Gautam Adani, Mukesh Ambani has no choice but to remain silent. It is being said in the discussions of corporate houses, Mukesh Ambani is waiting for the time. When the time comes, he will make a big bang ? PLC/GT

Mukesh Ambani said that he is very happy to visit Tirumala