Reliance Industries CMD Mukesh Ambani today disclosed his company would connect every village in Punjab with 4G connectivity by December 28 this year. The Reliance CMD while disclosing this during an interaction with Deputy Chief Minister Sukhbir Badal at his office here, said Punjab would become the first State in the country to have broadband connectivity at the village level. He informed Reliance had already invested Rs 3,500 crore in the State and would give employment to 30,000 people in the next few years. Mr Ambani, who also agreed to attend the Invest Punjab summit on October 28 at Mohali, said Reliance would provide low cost connectivity to students at 70 per cent discounted rates. "We want to connect schools and give students access to global libraries", he added. Expressing satisfaction at the work done by Reliance on the 4G front, including laying of around 7,000 km of fibre, Mr Sukhbir Badal said the government was in the process of coming out with a policy to allow all interested companies to provide broadband connectivity to all schools and colleges. He also disclosed the Punjab government had allowed all broadband providers to set up towers on government buildings. While disclosing the company's future plans for Punjab, Mr Ambani said Reliance would invest Rs 1,000 crore on its Hoshiarpur plant which produced speciality fibres in the next few years. He said besides this the company was keen to integrate agriculture markets so that the farmer got the best remunerative price for his crop. "We have done this in Karnataka and would like to establish a similar platform in Punjab", the Reliance CMD added. Mr Badal assured Mr Ambani the State would explore ways and means to take this proposal forward. Mr Badal also met corporate honchos including Anand Mahindra of Mahindra and Mahindra, Harsh Goenka of RPG Enterprises and Dilip S Shanghvi of Sun Pharma today. Earlier last night he met entrepreneur Himansh Verma of Navrattan Industries who is bringing innovative technologies in the field of solar energy and cement into Punjab. Those present on the occasion included  chief parliamentary secretary N K Sharma, Media Advisor to the Deputy CM - Jangveer Singh and senior officials including Mr Karan Avtar Singh, Anirudh Tewari and P S Aujla.
Read the full article
Tags: P.S. Aujla Anirudh Tewari Karan Avtar Singh INVC NEWS Mumbai Media Advisor to the Deputy CM - Jangveer Singh Mukesh Ambani announces all villages in Punjab will be 4G connected by December this year Reliance CMD Reliance Industries CMD Mukesh Ambani chief parliamentary secretary N K Sharma 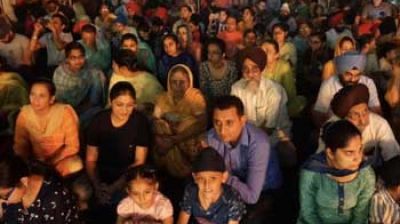 First phase of Census to be carried out from May... 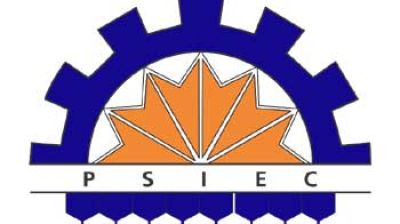