Shri Goyal acknowledged that National Productivity Council, an organization set up in 1958, has been rendering expert services in the areas of Consultancy and Capacity Building in the domains of Energy, Environment, Business process and Productivity improvement. He said that it can further leverage its strength and work more closely with Industry, SMEs and other organizations in the Government, Public as well as the Private Sector.

The Minister said that successful experience of NPC in implementing Lean Manufacturing in MSME sectors needs to be leveraged for expanding schemes to benefit more MSMEs. Similarly, the recent estimation study of plastic litter into riverine and marine eco-system needs to be expanded to other cities, with the objective of making India plastic free. It was also decided that the current scheme of “Training and certification of competent persons for Boiler Certification” needs to be reviewed with an objective of bringing in more efficiency. The CIM called for enhancing NPC’s revenue to the tune of Rs. 300 Crores by 2024 through expansion of its Advisory & Capacity Building services to public and private sectors.

In order to bring in more synergy among the offices of Commerce & Industry Ministry, it was recommended that all these offices should be co-located in the same city. The Minister further desired that NPC should try to replicate the Delhi Police Model of Automated Transfer & Posting System, developed by NPC, for other Government Organizations, including Railways. He also emphasized that NPC could render its services to Indian Railways which is largest government employer in the country.

India’s ranking in Global Innovation Index up from 81st to...

The next meeting with Piyush Goyal will resolve pending issues

The services trade will play a very important role in... 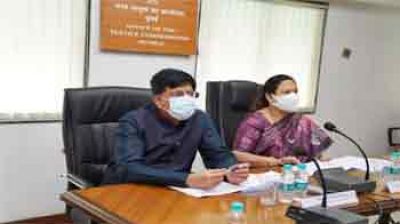