When it comes to tobacco, the government, health experts, NGOs and other voluntary organizations immediately start talking about use of cigarette and bidi and its ill-effects whereas tobacco does not only mean cigarette and bidi, it is also smokeless tobacco.India’s problem is smokeless or chewing tobacco, which causes 90% of oral cancers. As per the Global Adult Tobacco Survey (GATS 2017), 21.4% (15+ adults) use smokeless tobacco whereas 10.7% smoke.

As per WHO (World Health Organization), alcohol use, in unsafe quantities is also a risk factor for many cancers including oral cancers. The risk increases much more, when alcohol and tobacco are taken together.

Even though India’s problem is chewing tobacco, but the focus seems to be more on smoking than on smokeless.Looking at the Global Adult Tobacco Survey (GATS) 2017 report, it states that healthcare providers have advised 48.8% smokers to quit whereas only 31.7% smokeless tobacco users were advised to quit, which shows a big gap.Despite state governments running non-communicable disease (NCD) campaigns, the big thing is that the healthcare providers must advise all tobacco users, irrespective of smoker or a smokeless tobacco user.

Speaking on the World Head & Neck Cancer Dr Pankaj Chaturvedi, Head and Neck Cancer Surgeon, Tata Memorial Hospital VoTV Founder said, “Smokeless tobacco use is the cause of 90% of oral cancers. Patients reach our operation tables due to smokeless tobacco use. Reason why there are less number of smokeless tobacco (SLT) users planning or thinking to quit are because of the surrogate advertisements of smokeless products. Pan masala advertisements are on TV channels, radio, newspapers even though the law prohibits direct or indirect advertisements. Especially children, who are vulnerable, get lured by such advertisements and end up buying these products. Popular brands of pan masala and flavoured mouth fresheners contain areca nut (supari) which has been confirmed as carcinogenic by the Union Health Ministry. We, as medical practitioners, must ensure that no patient goes from our OPDs without advise to quit tobacco use, be it smoking or smokeless.”

Governments must make more preventive strategies on smokeless prevalence to prevent oral cancers. Oral cancer is one of the major subgroups of head & neck carcinomas.Head and Neck Squamous Cell Carcinoma (HNSCC) has a global incidence of over 550,000 cases and 200,000 deaths annually. In India also it accounts for nearly 1.5 lakh new cases every year.

Sanjay Seth, Trustee, Sambandh Health Foundation(SHF), said, “Even though states have banned Gutka and pan masala with tobacco, these products are rampantly sold everywhere. Maharashtra has taken the bold step to ban pan masala without tobacco. Children have access to these products as the shops selling pan masala and other tobacco products are right outside their schools/colleges. While doctors are doing treatment and counselling patients to quit usage of these products, we all must get together and work on implementation of Gutka and chewing tobacco ban effectively, which will ultimately reduce prevalence and give a healthy life to our future generation.”

Surrogate advertisements, sponsorship of big programs are by smokeless tobacco companies, which can also be one of the reasons that advertising is causing less number of quitters of smokeless tobacco.

More than 140 users die every day due 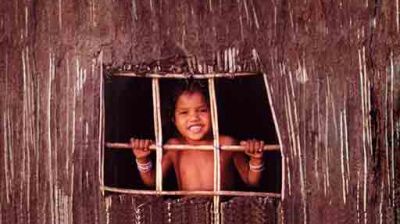 Rural Maharashtra at the forefront in battle against tobacco