The 3,976 villages in India are home to more than 60% of India's population. Many of the facilities that we take for granted in a city are either unavailable or are labeled as a luxury in most villages, including electricity, education, clean drinking water, basic medical facilities and more.

The stories from far-flung villages rarely ring a bell with the rest of the country, but when they do, they seem to be coming straight out of a fairy tale. One such story is of Sangeeta Navik, a young housewife from a small village in Jaunpur, UP who, against all the odds, won a car for herself by participating in one of the contests on short video platform VMate. Married off at the age of 15, Sangeeta Navik (now 23 years) is an enthusiastic young woman who is taking care of her 8-members family from a humble background. As a typical housewife, she loves to cook delicious food for her family and performs other home chores as expected from her. But, then came a moment when Sangeeta, as a young chirpy and curious girl decided to steal some time from her routine for herself and do what she loves the most - explore the world of the internet! Inspired by a friend, Sangeeta downloaded VMate, a trending short video making platform only to set an example for other villagers to follow- but only after winning the car.

Owning a car is seen as a necessity in cities, but in the village where Sangeeta lives, it is an "unimaginable" thought for many since most of them do not earn enough to consume the recommended number of meals in a day. Naturally, nobody expected or fantasized that a homemaker can win a car that too by making videos on VMate.

Different, but not so different

Like any other 23-year-old young woman, Sangeeta too has a keen interest in exploring various things around her. Her demand to own a mobile phone is no different from any other woman of her age, but given her family's humble background, her husband, who earns Rs. 20,000-30,000 a month had to go out of his way to get her a "badiya-wala" smartphone so that she could make her videos. Not everyone around her was supportive of her when it came to making a social profile on VMate and using the platform during her free time. Many in the village considered Sangeeta to have gone crazy because they could not understand why Sangeeta would sing or dance while looking into her mobile screen. It wasn't normal to spend so much time on mobile phones, but then things changed.

On November 13, when VMate team reached Sangeeta's eco-friendly mud home in her village; Sangeeta's family and everyone in the village gathered to receive the car. As more people from the village and the nearby villages gathered to witness the car handover procedure, it became a grand ceremony. It looked like everyone came to witness the procedure just to be sure that none of what they heard was a rumour- to their surprise, it wasn't. The teary-eyed family members, who still could not believe Sangeeta's achievement embraced the new car as a new family member and prayed for its long life. Today, Sangeeta is one of the few car owners in the village and has become the new hero in her community. Almost everyone in her village has downloaded VMate and are consulting Sangeeta on tips and tricks to make good videos on the platforms.

As more and more people are zooming into the details of Sangeeta's efforts of winning a car, they are onboarding the digital platforms, especially VMate. The villagers are also amazed to know that besides winning a car, Sangeeta was already earning money on VMate by uploading her entertaining videos.

Apart from various dazzling stories of the cities, mobile phones have made their way into remote villages of India. Today, we can undoubtedly say that smartphone is the single most powerful medium to reach out to anyone in India. Therefore, apps such as VMate have reached the places where urban-development is yet to take place. VMate empowers its users with easy-to-use video editing tools, amazing stickers, and interesting duet function to create enterprising videos.  Overall, VMate is a colossal video community where people from across the country share their life stories in video format and connect with other creators having mutual interests. Today, millions of people in India are using VMate app, and many talented creators are also earning lakhs of money from their videos on VMate.

It is indeed commendable that these social media apps/platforms, including VMate, are truly bringing together the people of a vast country like India on a level playing field, where anyone with sheer will and talent can win or earn rewards. VMate's effort to engage with Indian users is undoubtedly working for them at a grass root level when VMate users like Sangeeta are being hailed as stars and heroes in local communities.
Read the full article
Tags: Education villages clean drinking water VMate VMate app including electricity basic medical facilities

Need to expand the approach that currently defines market economies 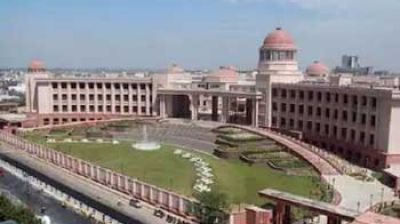 Axis Bank ropes in the untapped Education sector on Bharat...

This initiative is to sharpen the 21st century skills and... 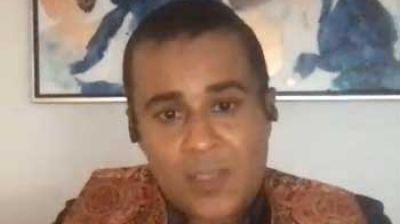 COVID times : When everything will reopen and what next... 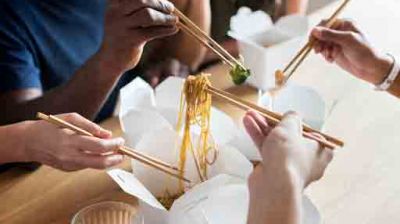