Total Read - 33        Comments - 7
INVC,, The country will achieve more accuracy level within a few years in short term and long term weather forecast. Dr Shailesh Naik, Secretary, Ministry of Earth Sciences while delivering a lecture on the topic “Weather Climate and Environment” stated this at ongoing 97th Indian Science Congress at Thiruvananthapuram. According to him 77% accuracy level has been achieved for short-term weather forecast, which will improve further with the launching of INSAT 3D this year and the OCEANSAT II in 2012. He said that the weather observation system has been augmented for better forecast. By the end of this year 650 districts will be covered under weather forecast as against 470 districts at present. He said that large amount of data is necessary for predicting weather especially heavy rainfall. Dr Naik hinted that a training school will be set up to train at least 30-40 persons in climate studies as this area is lacking experts. Massive investments is needed in areas like climate studies to provide better climate prediction for decision makers. He said that air quality monitoring system would be introduced in the forth-coming commonwealth games in New Delhi. The monitoring will be done for identifying the presence of carbon monoxide, benzene, ozone and oxides of nitrogen, and this system if found successful will be extended to other metropolitan cities. Expressing concern over the rise in the sea level Dr Naik said that the global average sea level rose at an average rate of1.8mm per year over 1961 –2003.The rate is faster over 1993 –2003 about 3.1mm.In the Indian Ocean the sea level rise during 2004-08 is about 9mm. The reasons for the sea level rise are not immediately known and in-depth studies on these studies is going on worldwide. According to Dr Naik the cause of sea erosion in Lakshadweep islands may be due to the rise in the sea level
Read the full article
Tags: environment news weather weather forecasting OCEANSAT II Climate 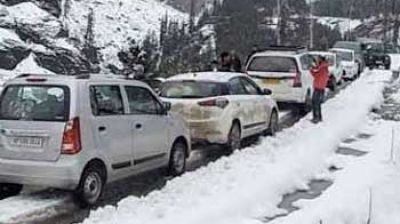 Indian scientists today having emerged as world leaders in research...

this article help me to come out some ideas to help me make my own schedule for my full time internet business.

Sorry my english, but this is great site, I wil add to my favorites.

Wow. It's too bad more people haven't heard about this place, it covered exactly what I needed today

I completely love this website, definitely going to need to add this to my bookmarks.

Please, can you PM me and tell me few more thinks about this, I am really fan of your blog...gets solved properly asap.

Great tips you have on your site. I am a new blogger and learning to write effective contents. I had started to jot down notes so the idea will not slip out when I sit in front of the com.