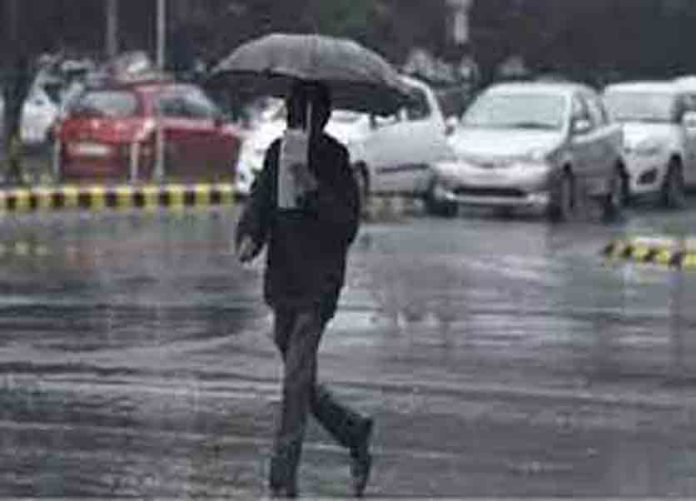 Even if it is cloudy in Sawan. It has been raining continuously for hours, but the figure is being recorded in mm only. The reason is that the monsoon is getting weaker now. Four days are left for the end of July. Heavy rain is also not expected during these days. Somewhere in the city, light rain can fall for 5 to 10 minutes. Due to lack of sunshine, falling showers and wind, the temperature is also recording low. In the early morning and at night, the atmosphere is feeling very cold.

Most of the cities of the state will start getting relief from heavy rains from Wednesday, but Bhopal is expected to receive heavy rains for the next 24 hours. It started raining in the capital from June 20. So far it has rained about 32 inches. This is twice the quota. By now 16 inches of water should have fallen in Bhopal.

According to the Meteorological Department, apart from Bhopal, there will be rain in Sehore, Raisen, Rajgarh and Vidisha. From Thursday, there will be a reduction in heavy rains in these areas. Due to heavy rains, the gates up to Bhadbhada, Kaliasot and Kolar had to be opened. The full tank level of Kerwa Dam is 1673 feet. This time this dam has been filled up to 1669.29, that is, the dam is still empty up to 3 and a half feet in full filling. The gates of the dam will open automatically only after the arrival of so much water.

Sehore district has been raining heavily for two weeks. The Kolansh river coming from here fills the Bada Talab. The full tank level of Bada Talab is 1666.80 feet. It’s full. The gates of Bhadbhada were opened three days ago. All 11 gates of Bhadbhada Dam had to be opened. Still two gates are open.

The water released from Bhadbhada reached Kaliasot Dam. All its 13 gates were also opened. At present five to six gates are open. On the other hand, the catchment area of ​​Kerwa Dam did not receive good rains. For this reason it has not yet been filled completely. PLC

Snowfall on the mountains in 24 hours, heavy rain alert in the south