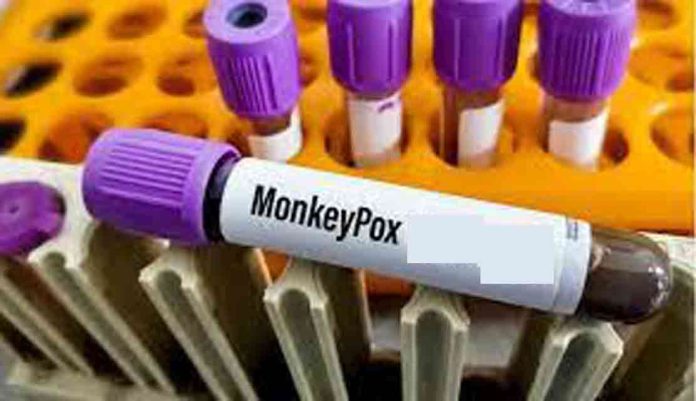 Monkeypox: World Health Organization alerts the governments of the world

He said reduce your number of sexual partners, reconsider having sex with new partners. Exercise restraint on hugging-kissing. Ghebreyesus said that there are now more than 18,000 cases of monkeypox from 78 countries, of which 70 percent of cases have been reported in Europe and 25 percent in the US.

Models presented to the WHO suggest that the average number of people infected with the disease is between 1.4 and 1.8 among men who have sex with men, but less than 1.0 in other populations. Apart from this, the central government in India has also issued guidelines. According to the Union Health Ministry, the infected will be monitored if monkeypox symptoms are found.

Monitoring should be done for a period of 21 days from the time the patient has come into contact with contaminated material, infection. States were directed to rapidly identify new cases and take immediate measures for its prevention. For prevention of monkeypox Mentioned the need to reduce the risk of human-to-human transmission as a key public health measure. Most infections have been reported from Europe. Most infections have occurred in men who have sex with men, especially Typically men who have sex with multiple people.

A full 98 percent of cases have been reported in men who have sex with men.

;One study found that 98 percent of infected people were gay or bisexual men, and 95 percent of cases were transmitted through sexual activity. Experts have recently been debating whether monkeypox is now a sexually transmitted disease .

Even though monkeypox is undoubtedly spread during sex, labeling it as an STD would not be correct, as the infection can be spread through any intimate contact. It is known that the knock of monkeypox worldwide amidst the corona virus has put governments and health experts in tension. PLC/GT

All you need to know about Monkeypox