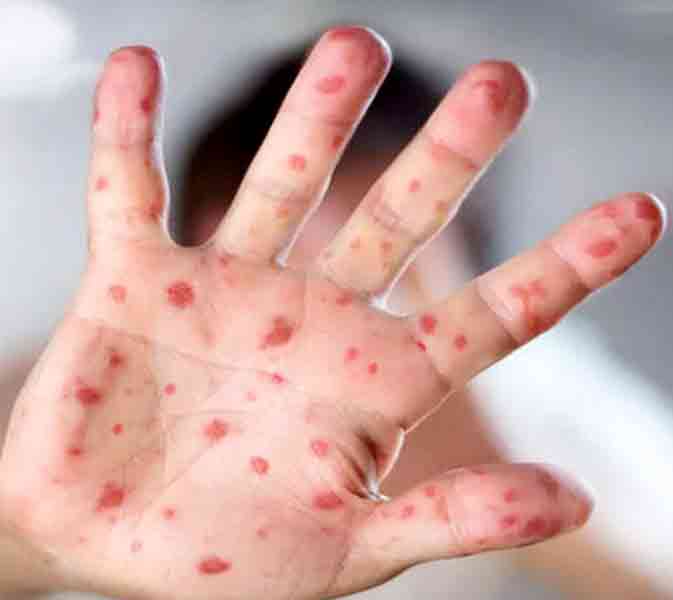 Monkeypox spreading in India too, Center alerts all state governments, After the corona infection in the country, increasing cases of monkeypox are frightening. Monkeypox, which has spread in about 75 countries, is spreading in India as well. According to the World Health Organization (WHO), more than 16,000 cases of monkeypox have been reported so far. At the same time, four confirmed cases have been reported in India so far. Apart from this, suspicious cases have also been found in some places. The center is on alert mode regarding the increasing cases of monkeypox.

At the same time, the state governments are also keeping a constant eye. An alert has been issued in many states regarding this. Recently, the first case of monkeypox was reported in Delhi. It has been decided that international passengers arriving in Delhi with symptoms of monkeypox will be sent from the airport to the hospital. There is a 20-member special team here to treat the patients. Suspicious cases of monkeypox have also been found in UP. Therefore, 10 beds have been reserved for monkeypox patients in Kovid hospitals in all districts. By issuing an alert, the state government is emphasizing on surveillance and management of people who came in contact with infected patients.

The Health Department has appealed to the people to take precautions regarding this virus. Please inform that a suspected patient of monkeypox has been found in Patna. The travel history of the woman could not be ascertained. The Health Department has issued an advisory to all health centers to take precautions against monkeypox. Under which those returning after traveling to the countries affected by Monkey Pox will be closely monitored. PLC/GT