Modi Government is committed to the food security of the nation : Ananth Kumar

INVC NEWS New Delhi, An agreement to release Rs 1000 Crore to the Fertilizers and Chemicals Travancore Limited (FACT), a Central Public Sector Undertaking, for its revival was signed today. The Memorandum of Agreement (MoA) was signed by Shri Dharam Pal, Joint Secretary, Deptt. of Fertilizers, Ministry of Chemicals and Fertilizers, Government of India and Shri Jaiveer Srivastava, CMD, FACT at a function in New Delhi today, in the presence of Shri Ananth Kumar, Minister of Chemicals & Fertilizers and Shri Hansraj Gangaram Ahir, Minister of State for Chemicals and Fertilizers. The function was also attended by the Secretary (Fertilizers), Shri A.K. Bishnoi and officers from Department of Fertilizers and the Government of Kerala. Speaking on the occasion, Shri Ananth Kumar said that the Modi Government is committed to the food security of the nation, and fertilizers security is one of its main components. He said that FACT, due to various reasons, had fallen sick and its revival has been one of the priority item on the Government’s agenda. Stating that FACT is one of the oldest fertilizer company of the country, Shri Ananth Kumar said that it provides employment to over 2,700 persons directly or indirectly, over 30,000 families are associated with the Company, and it caters to the needs of lakhs of farmers of South India. He said that the Company has done excellent job in educating the farmers of Southern India about modern inputs for improving productivity. He expressed the hope that the Company will now make start making operational profits, after induction of funds. The Minister said the reduction in gas prices, and benign policy of the Government will help the Company in its growth. He said that over a period of time, the Company may add an ammonia plant to produce urea. The Minister of State for Chemicals and fertilizers Shri Hansraj Gangaram Ahir said that it is the beginning of a new dawn for FACT. He said that the initiative will not only help in fulfilling the objective of ‘Make in India’ but also meet the mantra of ‘Sabka saath, Sabka vikas’. As per this MoA, FACT will be getting a loan of Rs.1000 crore, to be repaid with interest within a period of five years, with a moratorium of one year. The Company which has been facing severe financial crunch for the last more than a decade, has now got a breather in the form of this loan, which will ease its liquidity crisis. The new resources will be helpful in clearing long pending dues of the Company, and facilitate much needed working capital, as well as for augmenting production. This will help FACT to maintain production at optimum level on a sustainable basis in the coming years. The Company is initiating steps to enhance the production capacity of Factamfos by setting up a new stream of production of 1000 tonnes per day at FACT’s Cochin Division at Ambalamedu in Kochi. 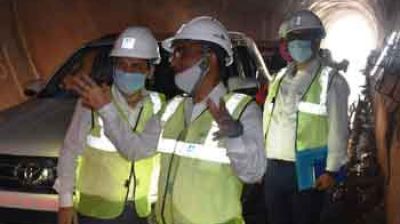